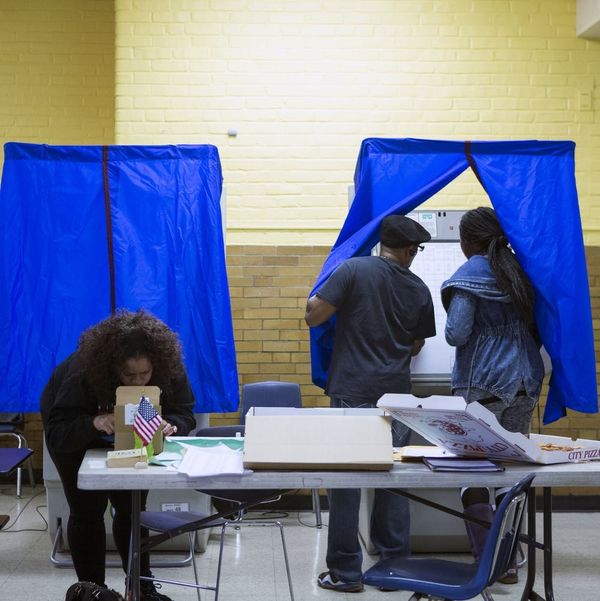 Gerrymandering. If the word sounds to you like something your favorite Parks and Recreation character does on weekends, we’re sorry to inform you that it’s actually far more sinister.

Gerrymandering is the drawing of district boundaries to unfairly favor one political party over another, and Republican lawmakers in Pennsylvania have been reaping the benefits of gerrymandering for some time now. At least they were until Tuesday, when Democratic Pennsylvania Governor Tom Wolf (no, not that Tom Wolfe) put his foot down and said (in as many words) “The Gerrymandering stops here!”

Here’s how it all went down.

In January, the state Supreme Court ruled that state Republicans had drawn congressional district boundaries in such a way that Democratic votes were diluted, essentially handing the Republicans at least three seats they would otherwise not have won.

The court ordered a fair redrawing of the congressional districts. State Republicans went ahead and created that new map — without consulting the public or the Dems. On the surface, the redrawn districts appeared more compact. Good, right? No, say multiple experts. Apparently, the new map is just as unfair as the old one.

Well, Wolf wasn’t having it. The Governor flat out rejected the new map, claiming that it doesn’t do what the court ordered: redraw congressional districts so that they fairly represent the population. He then quoted an impressive list of expert and media opinions that all came to the same conclusion — the new map was bunk.

“The analysis by my team shows that, like the 2011 map, the map submitted to my office by Republican leaders is still a gerrymander,” Wolf said in a press release. “Their map clearly seeks to benefit one political party, which is the essence of why the court found the current map to be unconstitutional.”

Wolf has ordered yet another new map, this time drawn by Nathaniel Persily, a Stanford Law professor who seems to have a knack for bipartisan map drawing. As Slate points out, a fair redrawing of district boundaries would essentially hand Democrats three more seats in the U.S. House of Representatives in November’s midterm elections, potentially giving the Dems a majority in the chamber.

Whats your take on gerrymandering? Tell us on Twitter.

Lia Grainger
Lia Grainger is a freelance journalist and reluctant nomad who divides her time between Canada and Spain, weather dependent. She's written for The Atlantic, Reader's Digest, the Toronto Star and other print and online publications, and her work appears in dozens of languages around the world.
Politics