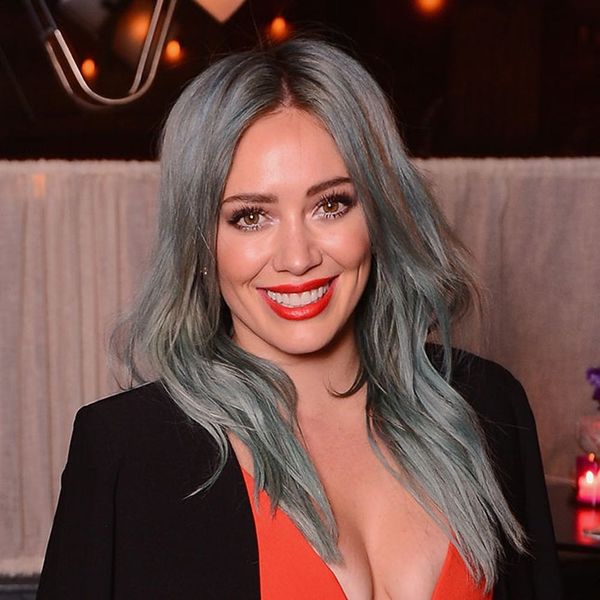 When it comes to couples costumes, there are soooo many great ideas to be had. You can grab your bae and transform into Axl and Slash (one of singer Canaan Smith’s top picks), recruit your BFF to personify Netflix’s Grace and Frankie or take on any of these famous Disney pairs. Seriously, the options are endless, so there’s pretty much zero (we repeat: ZERO) reason to show up to a Halloween bash dressed in an offensive getup, like Hilary Duff and beau Jason Walsh did Friday night.

Heading out to dance the night away at the Casamigos Tequila Halloween party, the 29-year-old songstress was accompanied by her new BF, trainer Jason. Considering it was, in fact, their first public outing as an official couple, it might have been sweet, had it not been for a seriously questionable, eyebrow-raising group costume the couple partook in, which immediately stirred up MAJOR anger and disapproval on social media.

Wearing a white and red feather headdress and face paint, Jason was dressed up as a Native American chief while his new flame wore a black leotard complete with a cartoonish white collar and cuffs. She also carried a basket of corn and pumpkins, making her mark as a sexy pilgrim. YIKES!

The costume became even more cringe-worthy when one of the couple’s friends showed up sporting the same sexy pilgrim getup and carrying a plastic rifle. Eek!

Apparently, these guys didn’t get the memo about Chris Hemworth’s public apology for his own act of cultural appropriation just hours before she and Jason stepped out, in which he said he was “stupidly unaware of the offense” he caused when he donned First Nations-inspired garb to a Lone Ranger-themed bash.

Seriously though, how did anyone think this was a good idea? Especially with tensions over the Dakota Access Pipeline (a project that threatens to destroy numerous sacred Native American sites) running higher than ever?

Twitter was not impressed, and wasted no time in letting the couple know.

.@HilaryDuff on any given day this is disgusting but considering what literally JUST happened at #NODAPL this is especially evil

Oof! Looks like Hilary should have taken some cues from her fellow star Chris, mmm?

What do you think of Hilary and Jason’s costumes? Tweet us @BritandCo.