People Are Hating HARD on This Audi Ad, Because Pro-Women Is Apparently Anti-Men 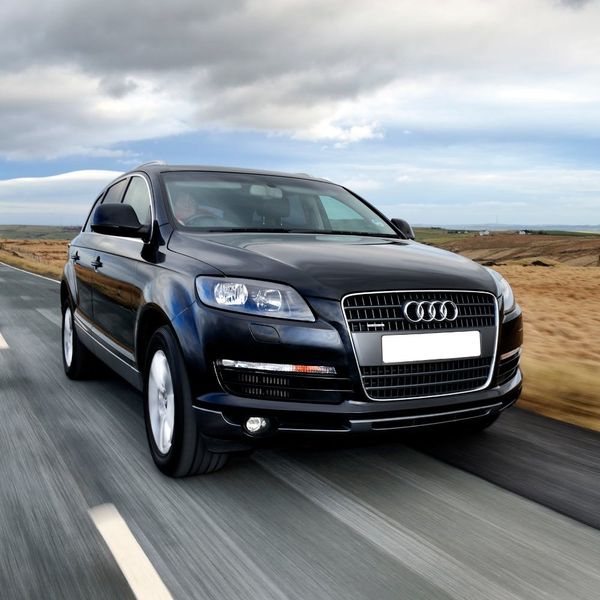 Plenty of brands have jumped on the pro-women wagon (which is pretty darn awesome, TBH), and though the messages are usually all about positivity, Audi’s newest ad has some folks hating on it HARD. Why? Because it puts men down? Well, no. Does it promote women over men? Well, no. Does it spew false info (or “alternative facts”)? Well, no. Not at all. In fact, the message is all about equality, and for quite a few jaded peeps, that apparently means anti-men.

Showing a young girl kicking-butt in a soap box derby race (yesss, girl!), we hear her dad’s voice asking if he should tell her that the men in her life are worth more than the women in her life, including herself. Concluding that he hopes he’ll be able to tell her something different (i.e. that she’s worth as much as anyone else), we’re left with the loving and supportive relationship between a man and his daughter. Touching. Sweet. Totally awesome.

Though not everyone agrees. And despite the perpetual warning to never read the comments, you can’t help but cringe at hard-to-ignore sentiments like, “Tell your daughter to find a real man to marry, and to avoid the mistake that her mother made. Tell her to buy a Dodge.” and “The wage gap does not exist. There is no company that pays a woman less than a man for the same job” (psst, the wage gap does exist and it’s hurting more than our wallets). Other comments are, er, too unpleasant or obscene to include. If you decide to wade into them yourself, be warned: It’s nasty stuff.

Watch the ad and decide for yourself if you feel like it’s anti-men.

What do you think about Audi’s ad and the reaction it’s getting? Tweet us @BritandCo!