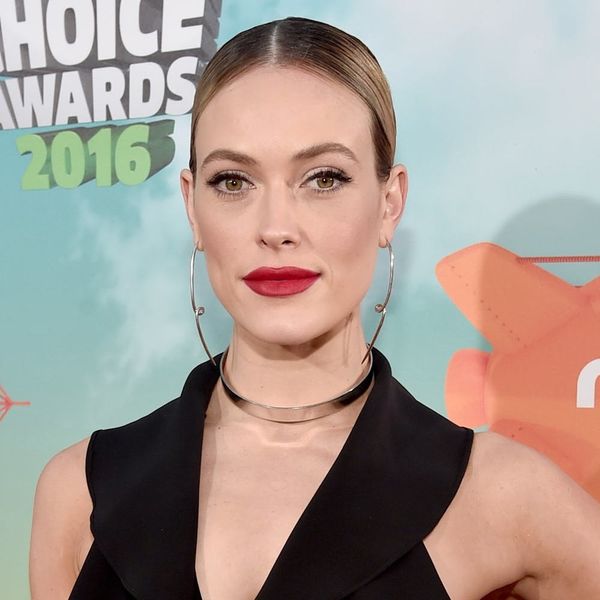 As Dancing With the Stars gears up for its first all-athlete season, one of its long-time professional dancers, Peta Murgatroyd, is recovering from a super-scary health emergency that caused her to cut a live show short.

“I have never missed a show due to illness in my entire dancing career,” Murgatroyd wrote on Instagram as she apologized to fans in Grand Prairie, Texas, for leaving the stage on Saturday. The show was part of the Maks & Val & Peta: Confidential tour, starring Murgatroyd, her husband Maksim Chmerkovskiy, and his brother Val Chmerkovskiy.

“I woke up feeling a little nauseous but I was able to go about my day with [15-month-old son] Shai,” she explained. “In the afternoon, the vomiting (and you know what) started.”

She initially thought she had food poisoning and tried to sleep off the fever and chills. But the New Zealand native eventually started experiencing much more serious symptoms. “I could hardly walk and I couldn’t feel my arms or legs,” she continued. “The opening music starts and I walked out onto stage. I tried my best to dance but my legs were giving out. Apart from it being very embarrassing, it was very scary.”

I am so, so sorry for not being able to give you the show you deserved, Grand Prairie. Please swipe through 👉🏻 for my full apology. ❤️

The show went on without her, and Murgatroyd returned to the stage the next night in Kansas City. She thanked her “incredible husband,” as well as the rest of the cast and crew, for carrying on and taking care of her. She hasn’t elaborated on the cause of her health scare.

Have you ever had an unexplained health scare? Let us know @BritandCo.