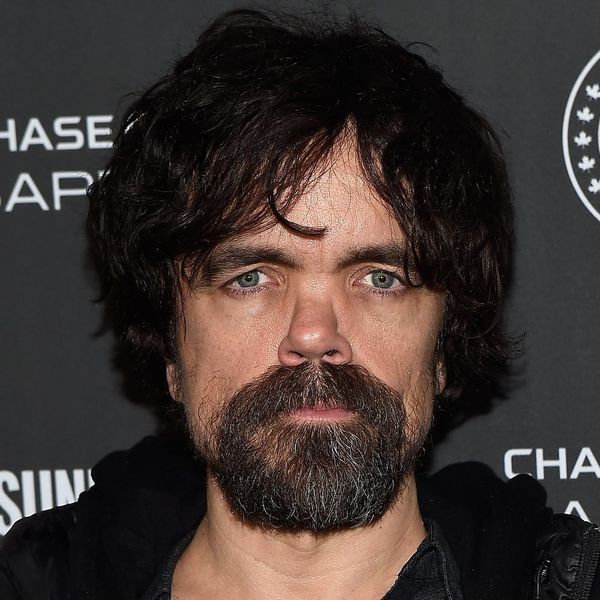 Life is pretty sweet right now for the cast of Game of Thrones! Not only do they star on 2017’s hottest show, but Kit Harington, AKA Jon Snow, and his former onscreen love, Rose Leslie, recently announced their engagement, as did Sophie Turner, who revealed she’ll soon be wed to Joe Jonas. Now, the RL Tyrion Lannister, Peter Dinklage, is reportedly a proud papa… times two!

According to US Weekly, the actor has welcomed his second child with wife Erica Schmidt. Though the couple never publicly confirmed the pregnancy, the outlet reports that their family has grown from three to four.

But don’t expect to see photos of their new bundle of joy anytime soon: In addition to keeping mum on Schmidt’s second pregnancy, the private pair has never confirmed the name of their first child, a five-year-old girl.

The duo, who eloped in Las Vegas back in 2005, certainly aren’t shy about showing off their love for one another, however, with the producer giving his wife a shout-out onstage after his 2011 Golden Globe win for Outstanding Supporting Actor. “I love you Erica,” he said in his speech. “You’re amazing.” Awwww!

What do you think Peter and Erica should name the babe? Tell us over @BritandCo.

Nicole Briese
Nicole is the weekend editor for Brit + Co who loves bringing you all the latest buzz. When she's not busy typing away into the wee hours, you can usually find her canoodling with her fur babies, rooting around in a bookstore, or rocking out at a concert of some sort (Guns N' Roses forever!). Check out all her latest musings and past work at nicolebjean.com.
Celebrities
Celebrity News
Celebrities Celebrity Baby Game of Thrones
More From Celebrity News