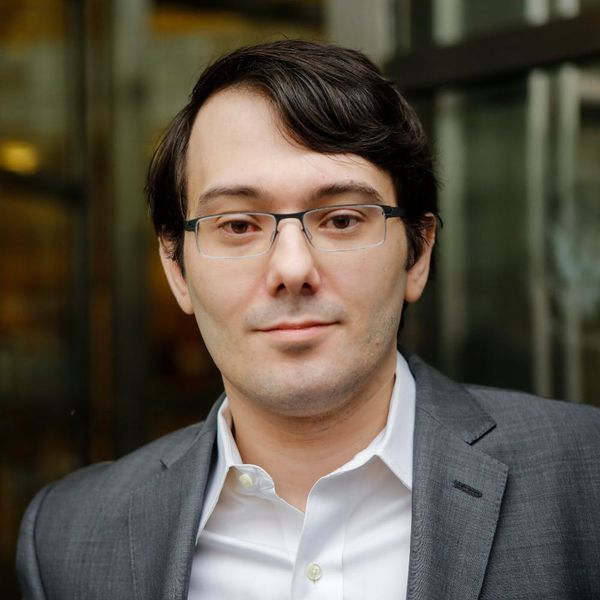 The dude who’s earned himself the infamous titles of “Most Hated Man” and “Pharma Bro” has made the entire online world cringe once again. Why’s that? Well, he apparently insists on continuing to be the worst. After engaging in some seriously creepy behavior targeted at Teen Vogue writer and new hero to many, Lauren Duca, he’s found himself suspended from Twitter. Though, natch, he doesn’t think he’s done anything wrong.

It was just last month that Lauren found herself lauded and attacked for her opinion piece in Teen Vogue that claimed that Donald Trump is basically gaslighting the entire country. This also apparently caught the attention of Martin Shkreli, the former pharmaceutical executive who felt hardcore hate when he hiked up the price of a lifesaving drug purely for profit, did his best to hold Wu Tang’s music for hostage and found himself charged with fraud in 2015.

And for some reason, he’s become fixated on Lauren, tweeting his desire to date her and even sending her a message asking her to be his +1 to Trump’s inauguration (of course he’s a very vocal Trump supporter).

I would rather eat my own organs pic.twitter.com/IgeCRZqk8w

He responded by creating a header for his Twitter profile that was a collage of pics of Lauren with the line, “For Better or Worse, Til Death do Us Part, I’ll Love You With Every Single Beat of my Heart.” He had also changed his profile picture to a photoshopped image that originally showed Lauren sitting together and cuddled up close on a couch with her husband. The new image had Martin’s face placed on top of her hubby’s. So… friggin’… creepy.

How is this allowed @jack pic.twitter.com/Wof8MlYHTL

Lauren wasn’t about to sit back and immediately called out the sitch (and Twitter’s main man, Jack) asking, “How is this allowed @jack.” She wasn’t the only one wondering the same thing, and support for Lauren flooded in over the social media app as complaints were sent in waves to Twitter.

Twitter disagreed though, suspending his account and informing BuzzFeed News, “The Twitter Rules prohibit targeted harassment, and we will take action on accounts violating those policies.”

What do you think about this sitch between Martin and Lauren? Tweet us @BritandCo!