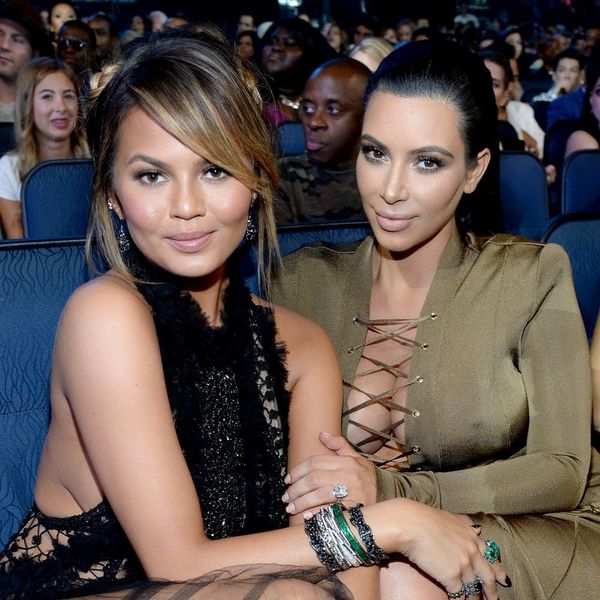 Move over, Emma Watson! As of Monday, the Beauty and the Beast star won’t be the only celeb in town with a book club: As (newly pierced) Kim Kardashian, Chrissy Teigen and celebrity hair stylist Jen Atkin announced on Thursday, the three friends will be starting their own book club, open to anyone and everyone thanks to social media.

Kim also announced the group’s first pick for a read as chosen by her: Betty J. Eadie’s Embraced by the Light: The Most Profound and Complete Near-Death Experience Ever ($7).

So guys….. @chrissyteigen & @jenatkinhair & I are starting a book club!

I'm making them read "Embraced By The Light" as our first book!

As Kim explains, it’s the story of a woman who’s brought back to life after a very real brush with death… perhaps a topic that hits a little close to home following her super scary Paris robbery, mmm?

It's a story of a woman who died during surgery &came back 2life.She shares her journey of what heaven is like. Its so good by @BettyJEadie https://t.co/GQDF64SPBh

Kim, for one, is eager to recruit, enlisting sister Khloé first and foremost.

After hearing you talk about it for 15 years I can't believe I've never read it. https://t.co/abNsKV2HHu

You have to join our book club we're starting Monday! Go order the book! https://t.co/hoaZ1iAElq

So how does one become a member of their elite (and literate!) club? It’s easy: Just ask Chrissy.

I think you just get the book and read, my dude / dudette https://t.co/yZy5wllBJ4

Will you be joining Kim and Chrissy’s new endeavor? Share @BritandCo.

Nicole Briese
Nicole is the weekend editor for Brit + Co who loves bringing you all the latest buzz. When she's not busy typing away into the wee hours, you can usually find her canoodling with her fur babies, rooting around in a bookstore, or rocking out at a concert of some sort (Guns N' Roses forever!). Check out all her latest musings and past work at nicolebjean.com.
Book Club
Celebrity News
Book Club Books Kardashians