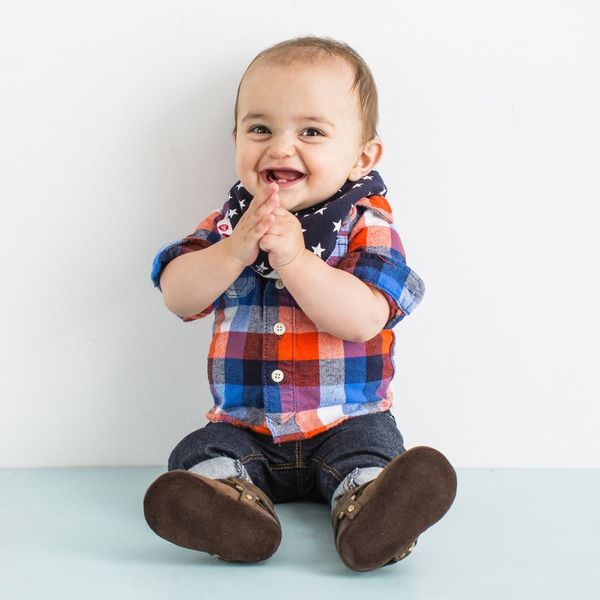 While you always want to give your little one a creative baby name, sometimes, going with a popular name is what works for you. Baby naming trends are always pretty fascinating. We know that there are a few names that have been trending across the country, but a lot of names are also geographically influenced. There are some common names that start on one coast and start spreading.

Genealogy research site Mooseroots decided to conduct a study using the data from the Social Security Website’s baby name page to see which names that started along the west coast (Washington, California, Oregon) and lost popularity before it reached the east coast. The found some interesting results.

1. Evelyn: Yep, Carey Mulligan’s new baby daughter’s name is waaay more popular on the westside than on the east. It came in as 12.3 most popular baby name on the Pacific side of the country and only 38.4 on the Atlantic side. According to Nameberry, Evelyn means “wished for child.” How sweet.

3. Audrey: On average, Audrey came in at 21.7 on the Pacific side and 55.3 on the Atlantic. Nameberry states that the name is of English origin and means “noble strength.”

4. Oliver: Oliver, a Latin name that means “olive tree,” comes in around 30.7 on the west coast. On the east side, however, the name ranks only at 64.8. Big difference.

5. Penelope: Penelope is one of those old-fashioned names that are coming back into vogue. According to Nameberry, the name is Greek and means “weaver” (duh, we’ve read the Odyssey). The name averages at 32.3 for the west coast and a rather dismal 83.4 on the east.

6. Adrian: Adrian is 40 on the west coast but barely scrapes in on the top 100 for the east coast. It’s 96.6 to be exact. C’mon guys, we know you want to name your kid after Adrian Grenier.

7. Ruby: Ruby, whose meaning we probably don’t need to explain to you, is another name that’s trending on the west at 41.3 but less so on the east, where it ranks 136.5. That’s a 69.7 percent difference. With Ruby Rose on OITNB, maybe the name will pick up some momentum.

8. Mila: The most famous Mila of all (we’re talking about you, Mila Kunis) probably has some influence as to why this name is more popular on the coast where Hollywood is. Mila is 58.3 on the Pacific coast but only 112.9 on the Atlantic coast.

9. Damian: This adorable baby name is Greek and means “to tame, subdue” — and it certainly does get subdued before it reaches the east coast. It’s 66 on the west side and a discouraging 198.1 on the east side.

10. Hazel: Hazel is another traditional name that is circling back in popularity. The name seems to be catching on more quickly on the west coast however where it sits at 75.5. On the east, it’s at crawling along at 209.8.

11. Lincoln: This name is actually English in origin, according to Nameberry, and means “town by the pool.” Presidential or not, this name is only 130.5 on the east coast. It’s much more favored on the west as it currently stands at 83.3.

12. Ivan: You probably didn’t know this but Nameberry says Ivan is actually the Russian form of John. Pretty cool, huh? Ivan rings in at 104 on the west but only 210.5 on the east.

13. Daisy: This sweet little flower name was another one that was popular when our grandmas were kids but is coming back again. It clocked in as 124 and 273.4 on the west and east respectively.

14. Gael: According to Nameberry, Gael is Welsh for “wild.” LOVE that. Apparently west coast parents agree as Gael was 150.3 most popular in 2014. East coast parents weren’t feeling the name as much where it sits at only #365.

15. Kendra: Kendra is another name that’s more popular on the west coast (Kendra Wilkinson-Baskett certainly is a California girl) than the east. On the west, Kendra is 168.7, but only 288.8 on the east.

What do you think of these baby naming trends? Tell us in the comments below!

Kimberly Wang
Kimberly Wang writes about all things pop culture, tech, style, and beauty. She's a Bay Area transplant and has an MFA in Creative Writing from Columbia University. On a sunny New York day, you can find her hanging out with her mini schnauzer Isabelle Jellybean on a blanket in Central Park.
Baby Names