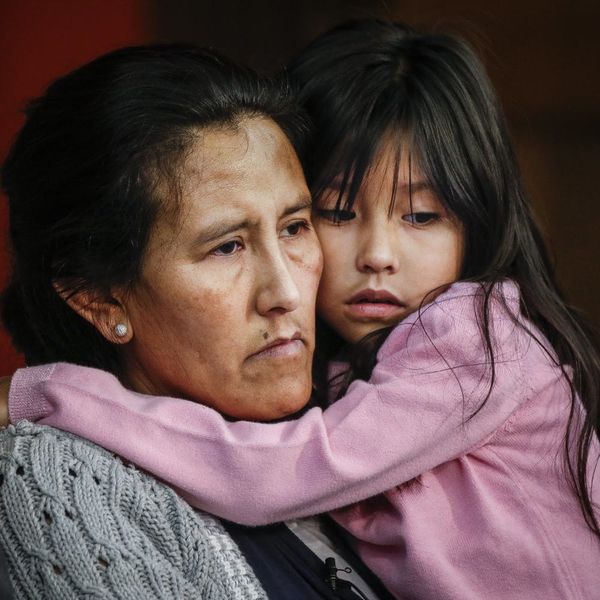 President Donald Trump and the Justice Department are having a busy month. Just a few weeks ago, the government requested an appeal on the temporary halt on Trump’s travel ban, which was unanimously denied by three judges in the 9th Circuit Court of Appeals. Trump and his team are working on a new draft for that controversial executive order. In the meantime, the Department is heading back to the appeals court to fight a different legal battle. This time around, the focus is on the rights of detained immigrant children and teens.

Here’s the LD: Back in July of 2015, Federal Judge Dolly M. Gee ruled the Obama administration detained children caught crossing into the US in a way that violated a 1997 court settlement known as the “Flores Agreement.” That agreement sets clear regulations for immigration procedures related to the detention, treatment, and release of children. Judge Gee determined that two detention centers opened by the Obama administration in the summer of 2014 failed to meet the minimum housing requirements deemed suitable for minors. Judge Gee ordered an immediate release of the children and their families from those detention centers.

That ruling was appealed by the government but was mostly upheld by the 9th Circuit Court of Appeals in 2016. The court decided the children should be released, but not their parents. Currently, when a child who arrives with family is released, they are placed in the custody of another parent, a legal guardian, an adult relative, an adult approved by a parent or guardian, or a licensed program willing to accept legal custody. Ultimately, the child is placed before an immigration judge who will determine the next best course of action.

On Trump’s Inauguration Day, Gee followed up on this case via a new ruling which stated that unaccompanied minors must also have the right to go before an immigration judge. The “unaccompanied” differentiation is important here. Unlike children who arrive with their family, unaccompanied children cannot be placed into the removal proceedings listed above.

According to the American Immigration Council, currently, a customs officer evaluates the minor to determine if he or she is “unable to make independent decisions, is a victim of trafficking, or fears persecution in his home country.” If the officer decides that none of these conditions apply, the minor is immediately sent back through a process called “voluntary return” without being able to access an immigration lawyer, which is what Judge Gee aims to change. On Friday night, the Justice Department filed an emergency motion requesting to block Gee’s new order via an appeal to the 9th Circuit Court.

Currently, it’s not clear which 9th Circuit judges will take on this particular case. Remember, the 9th Circuit court consists of 29 active judges who are randomly selected on a case-by-case basis. The judges picked to rule on this case could be the same as the three who shot down the White House’s travel ban appeal just a few weeks ago.

Judge Gee has been fighting this particular immigration battle for years, but she’s also stepped in to help limit the immigration restrictions caused by Trump’s travel ban. Late last month she ordered the government to halt the deportation of an Iranian man who was in possession of an American visa. By the time the ruling went through, the man was already deported and sent to Dubai and so she ordered he be brought back to the US.

We’ll keep you updated as this story develops.

What are your thoughts on the White House’s stance on immigration? Share with us on Twitter @BritandCo.