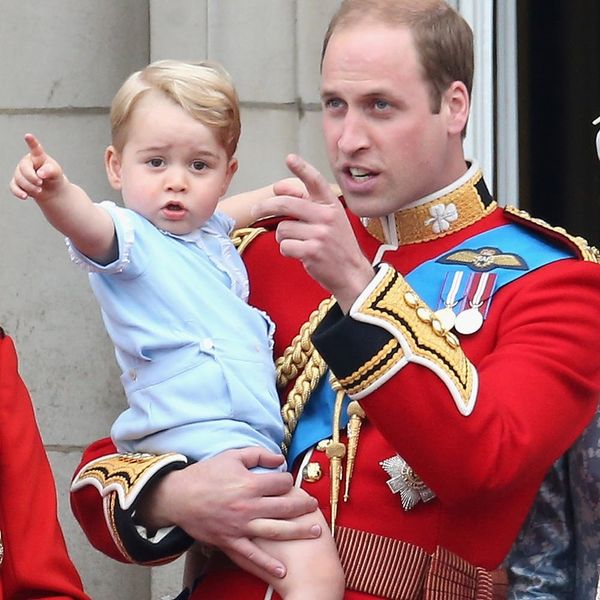 Remember when you got your first car? We going to go ahead and guess that your dad probably managed to get a good deal on it at the salvage yard, fixed it up the best he could and slapped a bow on it for your 16th birthday. And even though the windows didn’t roll down or you had to have a magic touch to get the key to turn, you loved it because it was able to take you to your BFF’s house anytime you wanted. Well, it’s safe to say that Prince George’s experience will be… a little bit different.

While the tike is only 2-years-old, he just had his first day of preschool and is growing up fast. And so it’s only natural that his next major milestone should be getting the keys to his first car – well, his first miniature car that is. According to a report by People, Prince George just inherited a half-size classic Aston Martin V8 Volante from his dad Prince William. The car, which has leather seats, working headlights and a radio (!!!) was gifted to Will and Harry from their dad Prince Charles back in 1988.

People reports that Prince George already is a pro at operating his own miniature fire engine during play dates at Anmer Hall and Kensington Palace so we’re going to go ahead and guess that he’ll be zipping around in this James Bond approved ride in no time.