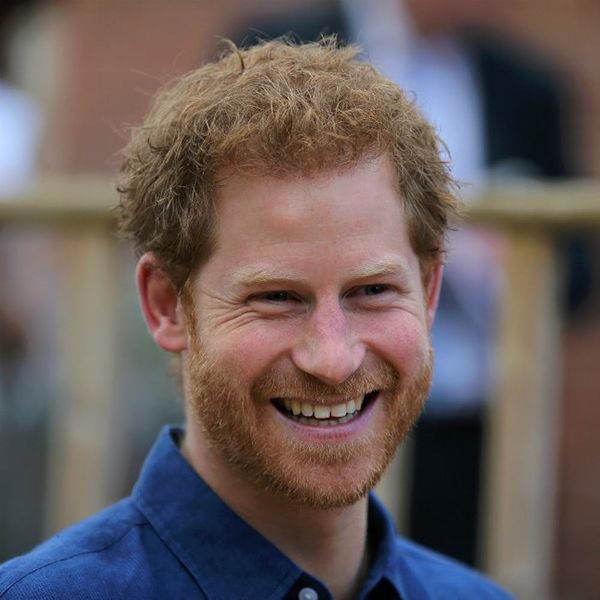 Like his mother, Princess Diana, Prince Harry works hard to ensure that he is involved in his charity’s efforts to help families in the UK. His organization, Well Child, supports children fighting serious illnesses or who have “exceptional health needs.” Well Child uses what they call “practical support” to aide families in ways that may get overlooked. For example, they’re sponsoring a garden makeover for a family of five, so Harry arrived to meet the fam and learn about the little boy the garden makeover will help.

Harry met with the Rooney family, including five-year-old Oliver, who suffers from Wolf Hirschhorn Syndrome, a genetic illness that affects growth and muscular development and causes developmental disabilities. Well Child worked with Helping Hands to build a safe and accessible backyard for the Rooney family so Oliver can take part in activities with his four brothers and get the physiotherapy he needs.

Harry spent his visit with Oliver and his brothers, Samuel, nine, Joseph, eight, Thomas, six, and Oliver’s twin Jak, joking that the boys should learn to play the prince’s favorite sport, rugby. “Hang on,” he joked. “Are you not rugby league fans? Somehow, we’re going to have to get you into rugby as well. Because I could imagine you all being in a rugby league team together.”

Mother Elizabeth McOmish-Rooney said of the garden makeover, “It’s going to give us a space all the family can use. Previously, Oliver has had to be kept away from the other boys because of the condition of the garden at the bottom; now we’re all going to be able to play together.” She also called Prince Harry “a lovely man.”

What’s your favorite charity to support? Tell us @BritandCo!