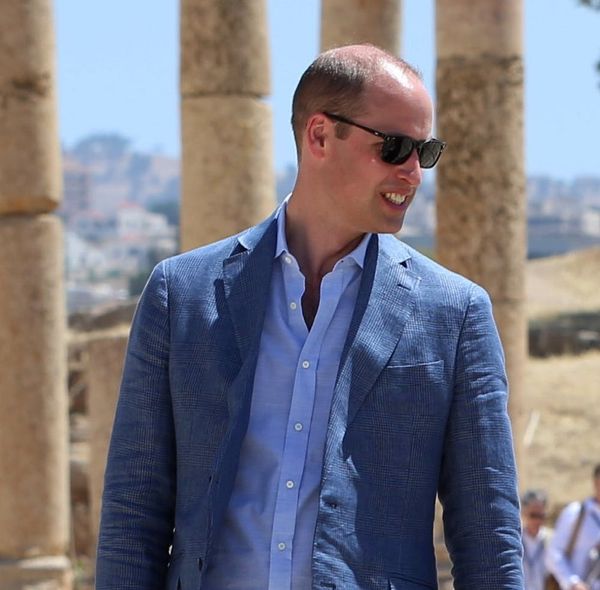 Seven years into their marriage, Prince William and Duchess Kate Middleton are as cute as ever together. Case in point: On a recent solo trip to the Middle East, William paid homage to his wife by posing for a photo in the very spot where she posed with her family as a child.

“The Duke of Cambridge visits Jerash, the same site that the Duchess of Cambridge visited, aged 4, with her sister and father when the family lived in Jordan,” Kensington Palace tweeted on Monday. The palace shared a side-by-side photo comparison of William currently at the site alongside the above-mentioned picture of Middleton and her family in the same location.

Middleton lived in Jordan as a toddler, when her dad worked for British Airways in the capital city of Amman. The Jerash ruins, just north of Amman, are a major tourist attraction in the region, preserving the site of the first-century Roman city.

William told the media that his wife was sad not to be able to accompany him on the tour due to Prince Louis still being so young, but that the trip was most definitely on her mind. “Her family remembers very fondly the almost three years she spent here as a child when her father worked for British Airways in Amman,” he said, according to People.

Maybe even better than William’s visit, however, was the display awaiting his arrival. A video on Twitter shows him approaching the rocks to find a giant printout of the photo in question. He can even be heard giggling at the sight of it. Too cute!

What do you think of William’s tribute pic? Let us know @BritandCo!