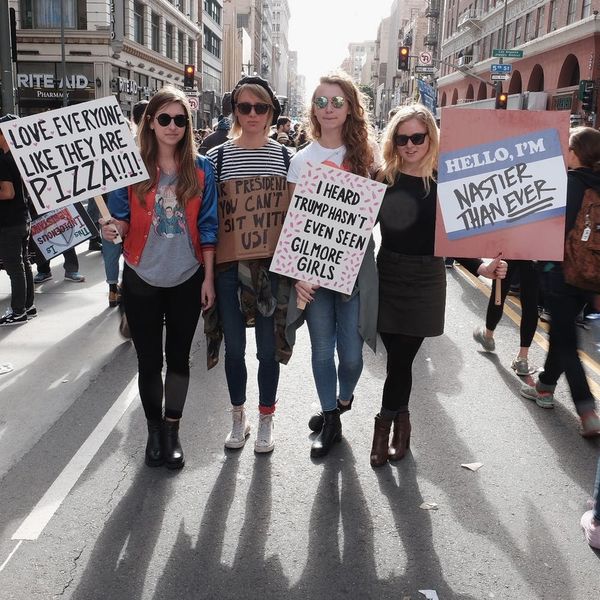 2020 will mark the 100th anniversary of the 19th Amendment that gave American women their rights at the ballot box. A new, interactive web service called Project 100 aims to celebrate by giving activists and candidates a free toolbox in order to see 100 women in office.

With more and more women running for office across the country this year and the recent elections of Danica Roem —and many more history-making candidates — it sure looks like we’re in for a long-overdue change. But while more American women are feeling empowered to run for office than ever before, Project 100 founders Isabel Kaplan and Danielle Gram want to make it even easier for those of us looking to support progressive women candidates in the 2018 midterm elections.

Currently, only 20 percent of Congresspeople are women, ranking the US in 101st place on the world stage where it comes to gender equality in government. In order to change that, Kaplan and Gram have built a digital tool that allows users to enable tailored searches of local candidates, while building a skill-share community so that people can use their skills to help get those candidates elected. When campaigning ramps up in each jurisdiction, Project 100 also hopes to act as a crowdfunding platform for candidates.

The goal of the project isn’t to see one party win over the other. Its mandate is, instead, to ensure that women who “support social, political, legal, and economic rights for women equal to those of men” can find a place in an elected office. Gram and Kaplan understand that the US is a big country with many different points of view, and remain open to supporting women from coast to coast.

While the goal of Project 100 may seem lofty, its 100-woman target amounts to a mere 22 seat gain across both the House and the Senate — something beyond achievable. The org hopes that for next year’s midterm elections, they will have even more tools at the ready so that regular folks can engage in activism at the local level to help get as many women elected as possible.

Will you use Project 100 to help see more women elected by 2020? Tell us @BritandCo!