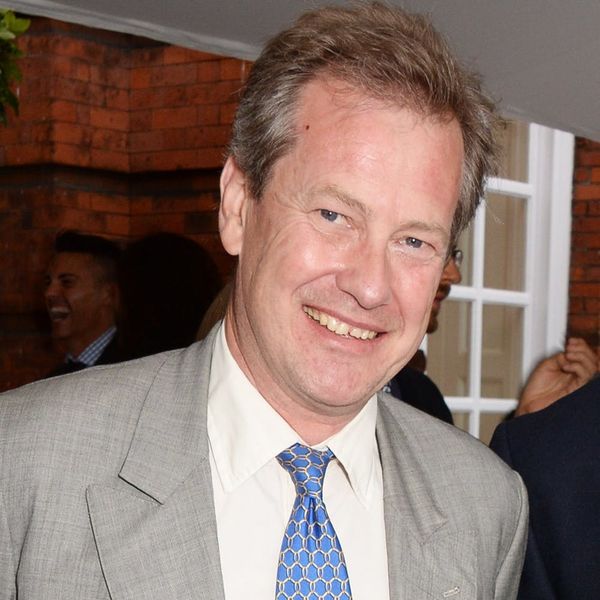 The British monarchy is changing… in a good way. The recent marriage between Prince Harry and his love, Meghan Markle, marked a historic moment as the first royal multicultural wedding. Now, the monarchy is about to reach another redefining milestone, as Queen Elizabeth II’s cousin, Lord Ivar Mountbatten, is set to become the first-ever royal to have a same-sex marriage.

Lord Mountbatten has already made history as the first member of the royal family to publicly come out back in 2016, when he announced that he was dating James Coyle. Now, the pair plans to make things official by tying the knot inside the private chapel on his country estate in Devon.

The soon-to-be groom says he and his partner won’t be recreating the same pomp and circumstance we saw surrounding the most recent royal nuptials, however. “We went to a wedding a couple of weeks ago and said: ‘We’re not doing that. We’re not cutting cakes. We’re not having a first dance,'” he revealed to The Daily Mail.

Instead, the twosome will say “I do” in front of a few select family and friends and enjoy a party filled with “lovely food and really good music.”

In a surprising twist, it was also revealed that the great-great-great-grandson of Queen Victoria will be given away by his ex-wife and the mother of his three children, Penny Thompson.

Penny told the outlet it their three daughters, Ella, 22, Alix, 20, and Luli, 15, who came up with the non-traditional plan. “It was the girls’ idea,” she explained. “It makes me feel quite emotional. I’m really very touched.”

Lord Mountbatten and Coyle have received blessings from extended family, including Prince Edward and his wife, Sophie, the Countess of Wessex. “Sophie and Edward know of our plans and are really excited for us,” he said. “Sadly they can’t come to the wedding. Their diaries are arranged months in advance and they’re not around, but they adore James. Everyone adores him.”

What do you think of this landmark royal moment? Tweet us @BritandCo.