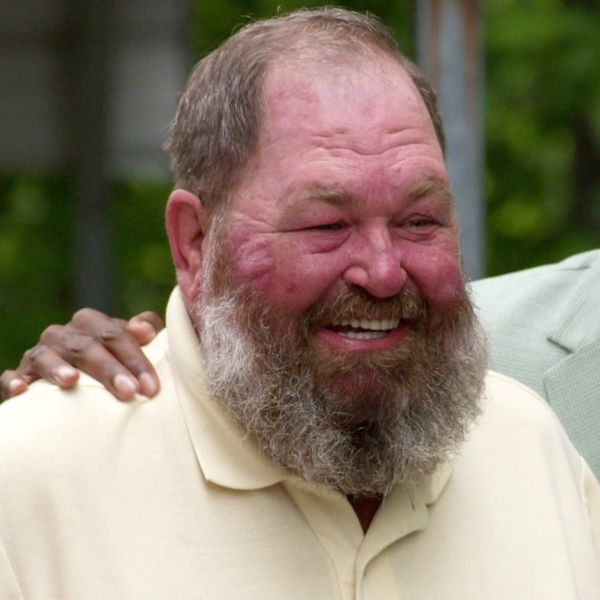 We loved so many of the people who appeared on the first season of Queer Eye, but there’s a special place in our hearts for Tom Jackson and Abby Parr. We loved watching them reconnect in the premiere episode, and we’ve gleefully followed their rekindled romance ever since. But according to Karamo Brown, a reunion between the exes wasn’t part of the original plan.

The Fab Five — Brown, Antoni Porowski, Tan France, Bobby Berk, and Jonathan Van Ness — had every intention of boosting Jackson’s confidence and getting him back into the dating game, but not with his ex-wife. Brown told Entertainment Weekly that he first helped Jackson update his online dating profile and took him “to meet different women to learn how to talk to [them]” in a speed-dating scenario.

But when Jackson opened up to Porowski and Brown about his ex, everything changed. “Antoni shifted that episode,” Queer Eye‘s culture expert told EW. “Antoni catching that one [comment where Tom mentions Abby] literally cut my scene out, which I’m happy about. … All of a sudden we are on a bench and I’m like, ‘Call your ex-wife!'”

After the episode, Jackson and Parr continued to work on their relationship, and on March 13, Jackson announced that they were getting remarried. “It’s official, Abby and I are engaged,” he tweeted. “What a Netflix special [that] would be. If the Fab 5 planned and attended our wedding!!!!!!!!!”

The couple eloped soon after in Gatlinburg, Tennessee. “The best part of the day was during the ceremony as we stood before the minister, both of us excited and happy to be recommitting ourselves to each other in marriage,” the groom said of the March 27 wedding.