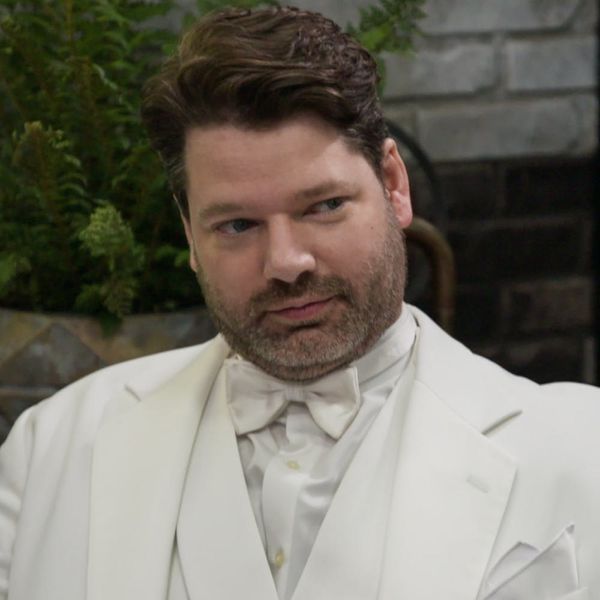 Since its debut back in February, Netflix’s Queer Eye reboot has given us more heartwarming love stories than we could have ever expected. From fan fave Tom Jackson tying the knot in May to Karamo Brown revealing he’s engaged, the series has been full of #relationshipgoals. And it’s not slowing down, as season 2’s William Mahnken just said “I do!” to his love, Shannan Eller.

The lovebirds, who appeared on the show’s “A Decent Proposal” episode, exchanged vows on a beach at sunrise in Amelia Island, Florida, in a small, private ceremony officiated by their friend Deborah Ramey. Sharing a snap of the nuptials on Instagram, the groom called Eller his “best friend” and revealed that they actually tied the knot on June 16.

For the ceremony, the bride wore an unconventional (and seriously summery) blue floral dress paired with a blue statement necklace and sparkly headband. The groom, meanwhile, opted for a matching blue Hawaiian shirt.

Although the Fab Five were, unfortunately, not able to attend, they used social media to send the pair their love and well-wishes. Taking to Instagram, the lifestyle gurus shared snaps of the romantic ceremony, writing, “Congratulations William and Shannan! Thank you for letting us be a part of your love story and we hope that the next phase of your life is filled with love, movies, and a lot of avocado goddess!” (Ahem, Antoni Porowski.)

“We Shannan you both,” they concluded, referencing the couple’s engagement, which took place on the show.

As you’ll likely recall, Mahnken got down on one knee at an outdoor movie screening after surprising his then-girlfriend with a touching homemade video in which he struggled to come up with a way to describe his love. He eventually found the perfect word: Shannan.