This Video of Rainbow Sprinkles Being Made Is Weirdly Mesmerizing 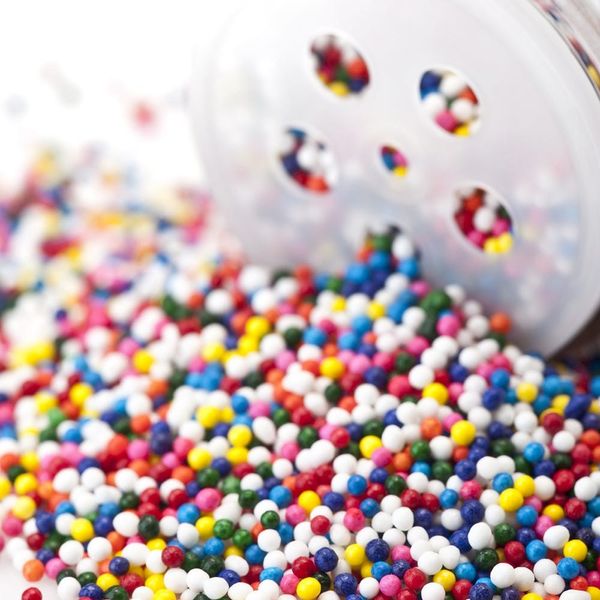 There is something so satisfying about learning how a random thing is made. So much so that there are multiple television shows based just around that concept (Unwrapped, anyone?). So what do you get when you combine our fascination with the process behind a mysterious food that also happens to be RAINBOW?! This weirdly mesmerizing video about rainbow sprinkles.

The Insider shared this video (created by the Science Channel) yesterday that takes a deep dive into how your favorite festive topping is made. The process starts by creating each color one at a time. The sprinkles are made from shortening, which is first poured into a mixing tank. There is then a lot of science and dying involved in the process, but the coolest part comes toward the end.

The sprinkle is eventually formed into a dough and pressed through what looks like a giant spaghetti-maker. Those long strands are then dried and placed into a tumbler, where they’re broken up into smaller sizes. Then as a final step, all the colors are placed into one tumbler and mixed together. For some reason, we feel like we could watch those colors mixing together all day. Is this some secret new form of hypnosis? If it is, we’re kind of okay with it.

Cortney Clift
Cortney is the senior writer and special projects editor at Brit + Co. She typically covers topics related to women's issues, politics, and lifestyle. When she's not buried behind her computer you'll find her exploring New York City or planning her next big adventure.
Food News
The Conversation
Reviews:
More From Food News