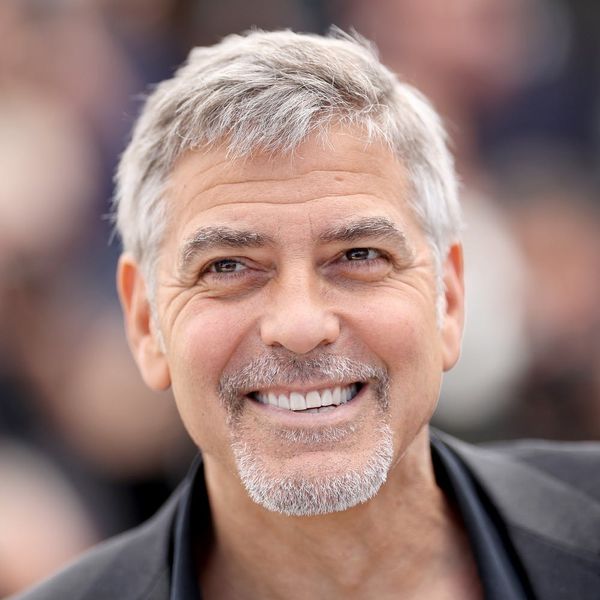 It pays to be friends with George Clooney. The actor, who recently welcomed twins with his wife, human rights attorney Amal Clooney, reportedly decided to share his considerable wealth with 14 of his closest friends a few years ago — by giving them $1 million each.

Chatting with MSNBC’s Headliners, Clooney’s pal (and Cindy Crawford’s husband) Rande Gerber opened up about the jaw-dropping gift and the story behind it. “There’s a group of guys we call ‘The Boys,'” Gerber explained. “George had called me and ‘The Boys’ and said, ‘Hey, mark September 27, 2013, on your calendar. Everyone’s going to come to my house for dinner.”

This wasn’t just any guys’ night, though. Before the group arrived that night, Clooney had black designer suitcases set out on a table. One bag for each of “The Boys.”

When they sat down, they found out why they were really there. “George begins to say, ‘Listen, I want you guys to know how much you’ve meant to me and how much you mean in my life,'” Gerber recalled. “‘I came to LA, I slept on your couch. I’m so fortunate in my life to have all of you and I couldn’t be where I am today without all of you. So, it was really important to me that while we’re still all here together, that I give back. So, I want you all to open your suitcases.'”

Gerber told MSNBC that when they opened the bags, each saw a million dollars’ worth of $20 bills in front of them. “Every one of us — 14 of us — got a million dollars. Every single one of us,” he said. “We’re in shock. Like, what is this?”

Apparently, some of the men were living paycheck to paycheck at the time, and a few of them were struggling to make ends meet. “One was working at a bar in Texas at the airport, trying just to support his family. Rides a bicycle to work every day,” Gerber said. None of the friends ever hesitated to help Clooney when he needed them, though. “I mean, these are guys that took care of George, and now he’s giving it all back. And George said, ‘Not only that, I have paid everyone’s taxes so this million dollars is yours.'”

Gerber is the founder of the Gerber Group (which owns and operates bars and restaurants), as well as co-founder of the Casamigos Tequila brand, which he and Clooney sold for up to $1 billion earlier this year. Even before the sale, though, he wasn’t hurting for money, which is why he was reluctant to accept his friend’s gift.

“I pulled him aside and said, ‘I absolutely am not taking this million dollars,'” Gerber told MSNBC. “Immediately George goes, ‘I’m just going to make one announcement. If Rande doesn’t take the million dollars, nobody gets it.'” We’re sure that settled it. And in the end, Gerber donated his million dollars to charity.

The Clooneys have continued to give generously since then, donating $1 million to fight hate groups in August and raising money for those who were affected by Hurricane Harvey in September.

What do you think about George Clooney’s million-dollar gift to his friends? Let us know @BritandCo!