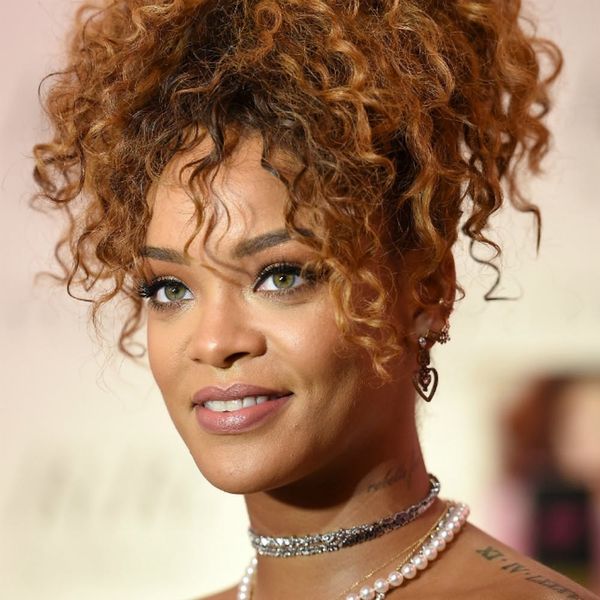 There’s no denying Rihanna is one talented musical artist — where do we even begin to pick a favorite song? But simply being one of the biggest names in music isn’t enough for RiRi — she’s also a business-savvy #girlboss. In July, she announced a line of socks she designed with Stance Socks (check out the Most Wanted Thigh-Highs). In September, we learned she had registered a new makeup business, Fenty Beauty. And now, she has started her own styling, hair and makeup agency with managing partner Benoit Demouy called Fr8me.

Rih told The Hollywood Reporter that the LA-based agency will help artists book commercials, editorial shoots, red-carpet appearances and ad campaigns. According to Fr8me’s website, artists already include Mylah Morales for makeup (she happens to do Rihanna’s makeup), Maria Salandra for manicures and Patricia Morales for hair and grooming, among others. The agency also has a photography subset called “The Dog Ate My Homework” for photographers including Erik Asla, who has shot covers for Elle and photographed Tyra Banks, and Deborah Anderson, who has photographed the likes of Pink and George Clooney.

And RiRi’s not all about booking just established names. She plans on discovering new talent as well. “I also have a soft spot for finding new talent with extraordinary skills!” Rihanna tells The Hollywood Reporter. Hear that, aspiring MUAs, stylists and more? Rihanna could be the one to kickstart your career.

The lady is well on her way to becoming a mogul.

What do you think about Rihanna’s new business? Let us know in the comments!

Corie Hengst
Corie is a freelance writer, editor and self-proclaimed grammar nerd. Over the years, she has written and edited a variety of articles ranging from travel to finance to beauty. When she’s not writing, you can find her surfing travel websites, cooking and teaching at Gotham Writers’ Workshop in New York City.
Girlboss
Beauty Products
Girlboss
More From Beauty Products