Rihanna and Leonardo DiCaprio Reunited at This Coachella Party 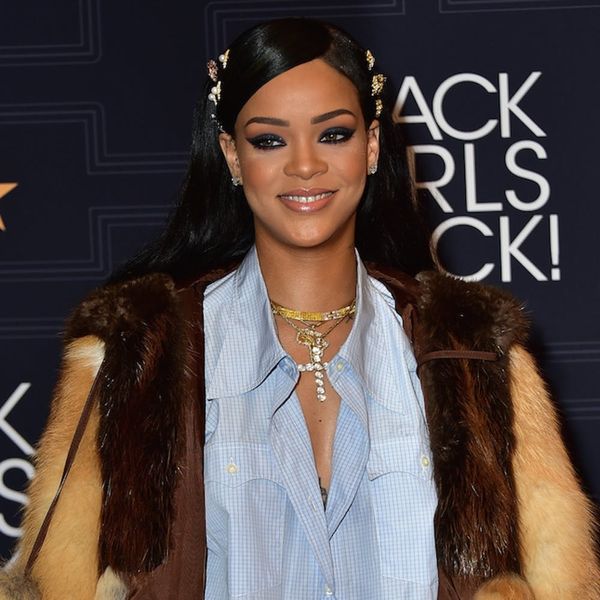 Rihanna, who is currently in the middle of her Anti World Tour, took a break from performing last night to check out the sights and sounds of Coachella. But rather than taking in festival performances, like Kesha’s surprise set, she headed to the Neon Carnival party presented by the Levi’s Brand, RE/DONE Levi’s and Tequila Don Julio. Who did she take with her? None other than Leonardo DiCaprio.

While Rihanna rocked oversized glittery sunglasses and what looks to be a diamond-encrusted chocker, Leo gave us major adorkable dad vibes. Between his baseball cap, scruffy facial hair and that handkerchief tied around his neck, we’re guessing he was trying to blend in, which only helped him stand out. We see you, RiRi and Leo!

Are Rihanna and Leo dating – what do you think? Tweet us @BritandCo.

Barbara Pavone
Barbara Pavone is a pop culture-obsessed writer based in beautiful (but ridiculously cold) Montreal, Canada. When she's not working, she's sipping on a Pimm's Cup and daydreaming about her celebrity hero, Saint West.
Coachella
Celebrity News
Coachella