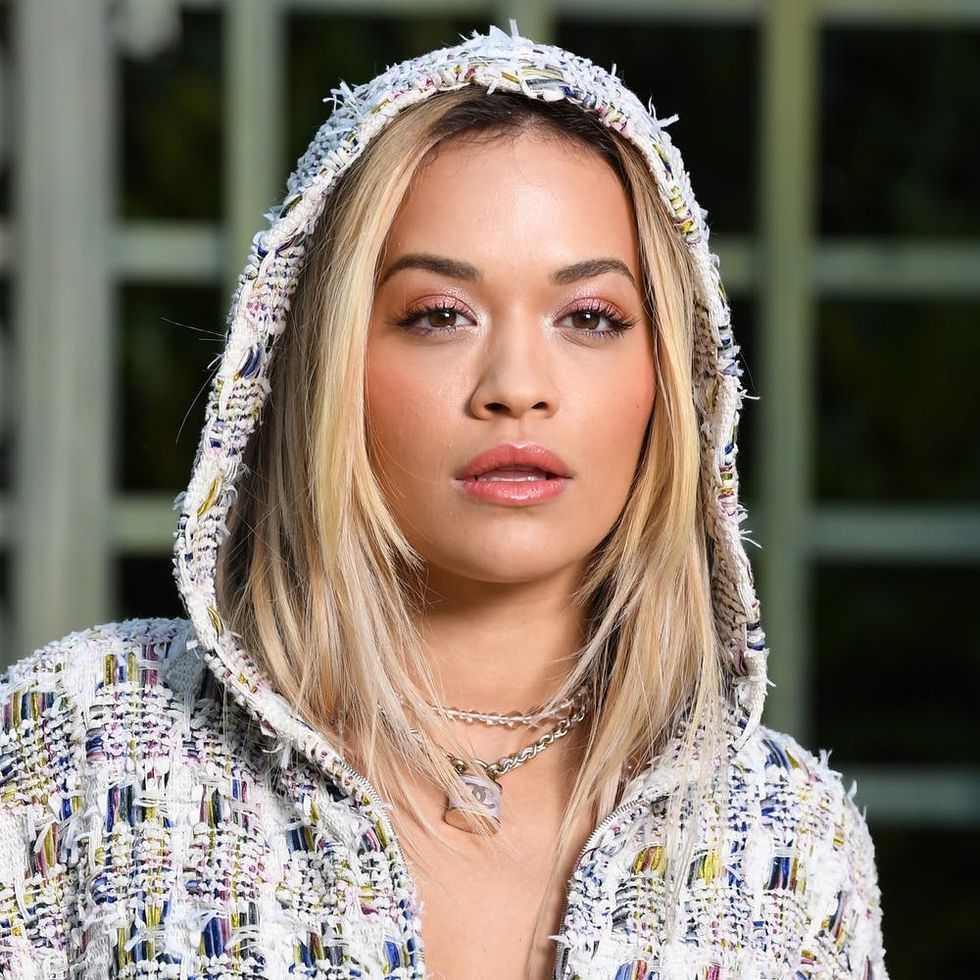 Rita Ora didn’t get a ton of screen time in the Fifty Shades franchise, but she was still one of the best parts of all three movies. She was particularly good in the third film, Fifty Shades Freed, which put her character, Mia, right in the center of the action. (Well, the action outside of the red room, anyway.) Below, check out five reasons we love the multi-talented singer-songwriter-actress-TV host.

, she was known mostly for her music and TV appearances. Three years and three Fifty Shades films later, the “For You” singer has proved she can hold her own with seasoned actors like Dakota Johnson, Jamie Dornan, and Eric Johnson.

The third movie was an especially big one for her (and her character). Toward the end of Fifty Shades Freed — spoilers ahead! — Mia gets caught up in the drama with Jack and Christian and Ana, the latter of whom has to rescue her from a hostage situation. “I’ve always wanted — well, not wanted to get kidnapped — but I’ve always found it really fun to play such a kind of distressed character,” Ora told us at the Fifty Shades Freed press junket in France. “So I loved it. I had a great time.”

2. She appreciates a good snack. Ora has a lot of memories from the set of Fifty Shades, but what stands out most in her mind is the cast and crew’s obsession with snacks. “[It] was like a real thing. There were snacks going on all around. … I’m a foodie, so, like, all the time, we were fighting over snacks,” she joked, adding that it’s “vital” to get the “right snack.”

Naturally, we had to know what the right snack is. “[I] never have anything too heavy because I always fall asleep,” she shared. “So for me it’s anything from chips to nuts to sugary drinks that keep my energy going.”

3. She also appreciates a good party. At the premiere of the final movie in Paris this year, Ora and her costars went all out to celebrate the end of the franchise. “The whole cast was there. … Everybody, I think, definitely let loose. Because it was such a long way to go to come to that point, that we really all just celebrated,” she recalled. “And, um, I don’t really remember the rest.”

4. She’s all about self-care. “Every day, I’m really grateful of my job,” she told us of what gives her confidence. “I love singing, I love performing, I love getting into the world of acting. I definitely count my blessings and I wake up and I meditate for like 10 minutes and I eat a healthy breakfast and I kind of work out a bit. I definitely just try and control what I can in my day. And obviously looking good, for me, helps me a lot. I like putting on makeup and getting dressed up — it makes me feel good, like I’m ready to take over the day.”

5. She has an unexpected hidden talent. We don’t want to spoil it for you, but it’s a fun one. Watch the video below to find out what it is, and to hear more about her favorite Fifty Shades memories.

Fifty Shades Freed is available now on digital, Blu-ray, DVD, and on demand.