Infographic: How Much Road Rage Does YOUR City Have? 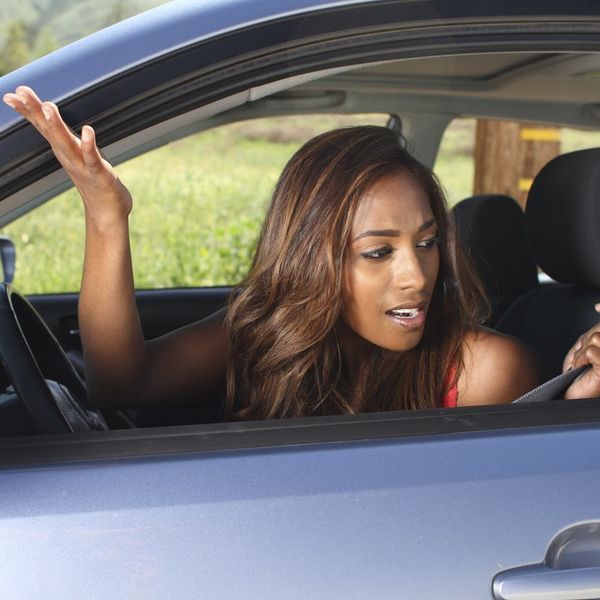 There are tons of ways technology is making driving about a million times easier, safer and generally just more enjoyable. From self-driving cars (whaaaaaat?) and new apps like Focus to Google Maps’ night mode, which makes hands-free nighttime navigating easier, there’s no doubt that driving is becoming a little less stressful with every new invention. But that doesn’t mean road rage is obsolete — far from it, as this new infographic from Auto Insurance Centre show us.

“The rise of social media has given motorists new ways to vent their driving-related frustrations — a much better option than expressing anger while behind the wheel,” the company writes. It also gave Auto Insurance Centre the tools to do some research on the people behind the road rage posts. They analyzed more than 65,000 Instagram posts with the hashtag #RoadRage, and what they found was pretty interesting.

For one, they analyzed road rage posts by location and found that some of the cities with the most road rage are the ones you might not expect — predictably, Los Angeles leads, with New York following, but number three on the list is Mount Pleasant, North Carolina. Huh. And in terms of state-wide #RoadRage posts, you’ll never guess which state had by far the most posts… Hawaii. Yep, apparently the Aloha State has an issue with people saying hello on the road by flipping the bird.

The company also looked at when people feel the most road rage. Of course, evening rush hour (5-6pm) is the worst time for “furious drivers.”

Summer months are also the most rage-filled, likely owing to kids being out of school and more cars on the road in general. And, you probably could’ve guessed, the stress from the week seems to play a part in road rage. “Sunday sees the fewest posts on average, and the #RoadRage messages increase steadily as the week goes on. Road rage mentions peak on Friday, with nearly 10,500 posts on average, before dropping sharply on Saturday. The low rate of posts on weekends may point to a clear correlation between commuter-filled roads and incidents of anger.” Yikes! That’s a lot of angry people.

Do you get road rage? Tweet us your thoughts @BritandCo!

Kylie Kendall
Kylie is a freelance writer living in Ottawa, Canada. When she's not writing, you might find her scoping out all-day breakfast spots in her city or taste-testing every bottle of red wine under $10.
Infographic
Tech
Infographic study
More From Tech