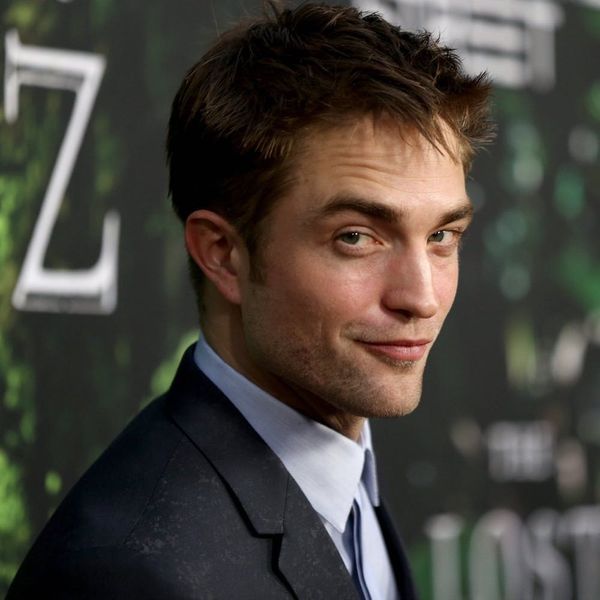 We’ve been learning some pretty interesting things about Robert Pattinson lately, like the fact that he was almost fired from Twilight and that he’s “kind of” engaged to FKA Twigs. But this new anecdote might be the most interesting one yet, because it involves a(n accidental) crime!

Josh and Benny Safdie, the co-directors of Pattinson’s new movie, Good Time, talked with Vulture about the film, which sees the 31-year-old’s character, Connie, robbing a bank for some cash. Apparently the star ended up committing a bit of IRL illegal activity while unintentionally spending some of that same fake money.

“This money is all perfectly counterfeit money that Rob actually accidentally spent,” Josh shared. “He was so obsessed with being the character all the time that he would go on walks and breaks in the costume.” And while the dedication to his craft is certainly admirable, it also led to a mistake. “He came to me and he’s like, ‘I think I committed a federal crime. I’m pretty sure I spent a few hundred dollars of that counterfeit money.’”

Apparently it was an easy mistake to make because of the care that was taken to create a film as true-to-life as possible. “It literally looked like real money,” Benny explained, with Josh adding, “Our props guy was just really, really obsessive about making sure it looked up to our standards.”

Will you see Good Time? Let us know @BritandCo!