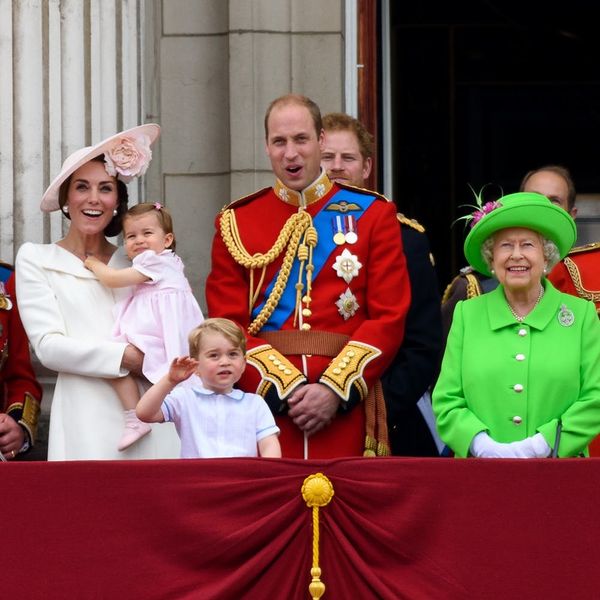 It’s been an exciting year for the Royal family. From Prince Harry and Meghan Markle’s engagement to the family’s tradition-breaking holidays, it seems impossible to sum up their 2017 in less than a minute. The famous fam has done just that, however, recapping the year for fans with a super sweet video of highlights. All of them, that is, except for one.

Taking to Twitter, Kensington Palace shared the message, “For our final highlights video, let’s take a look back at some of the key family moments this year.”

For our final highlights video, let's take a look back at some of the key family moments this year. pic.twitter.com/gwVftwrcso

The clip begins with a picture from Prince Harry recent engagement news before cutting to an image of the youngest Royal, along with the caption, “In Germany, Princess Charlotte received her first posey.” Next up is her big bro, Prince George, who flashes a snazzy smile alongside his dad as he sets out on his first day of school, and both the prince and princess look beyond cute while “[taking] part in their aunt Pippa’s wedding.”

The whole Royal family was all smiles before enjoying the annual “Trooping the Colour” from the balcony of Buckingham Palace, though the video takes on a more somber tone as a pic pops up of William, Harry, and Kate Middleton paying tribute to the life and work of Princess Diana on the 20th anniversary of her death.

While it was a lovely recap to be sure, one key thing was missing from the lineup: Prince William and Kate Middleton’s Royal baby news!

Back in September, it was revealed that Middleton was expecting her third child. Though she was again initially suffering from the effects of Hyperemesis Gravidarum, she has recently been doing well enough to attend official engagements.

It’s unclear why the family would choose to leave out the news of a future prince or princess, but we can’t wait until 2018 recap, which will surely include plenty of pics of the adorable little tyke.

Are you surprised that the royal family left out the baby announcement? Let us know @BritandCo!