12 Russian Intelligence Officers Have Been Indicted for the DNC Hacking 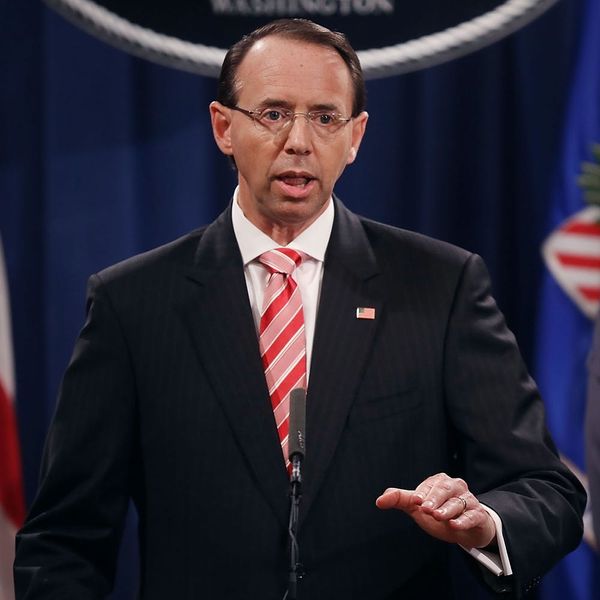 The indictments are part of Special Council Robert Mueller’s ongoing investigation into allegations of Russian interference in the 2016 presidential election. All 12 defendants are employed by Russia’s Main Intelligence Directorate.

He added: “When we confront foreign interference in American elections, it’s important for us to avoid thinking politically as Republicans or Democrats and instead to think patriotically as Americans.”

During the 2016 campaign cycle, then-candidate Trump spoke at length about accusations of Russian interference. In a debate in September of that year, Trump suggested that while it was possible Russia could be behind the hack, there were other potential perpetrators as well.

The president is currently meeting with Queen Elizabeth in the UK. On Saturday, he tweeted about the indictment, writing, “The stories you heard about the 12 Russians yesterday took place during the Obama Administration, not the Trump Administration. Why didn’t they do something about it, especially when it was reported that President Obama was informed by the FBI in September, before the Election?”