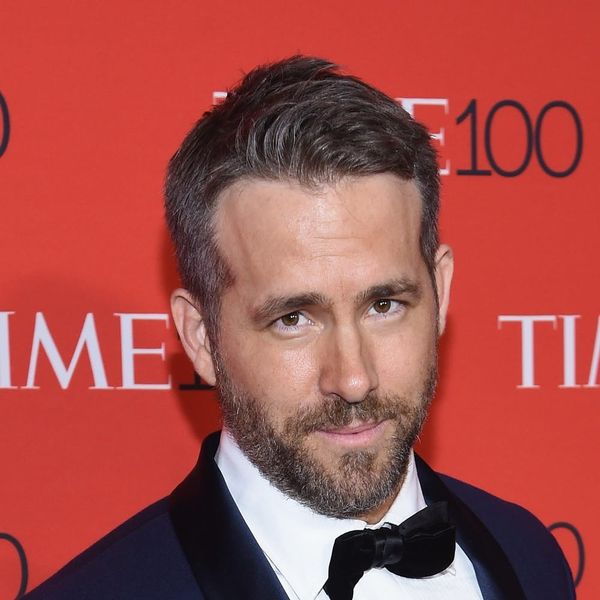 It’s official: Ryan Reynolds has always been a total hunk. To prove it, Blake Lively’s hubs took to Instagram to show off one epic — if *very* different — pic from the ’90s when he was a blonde teenage dream brooding for the cam, and it just so happens to be from a film you might remember.

Surely, fans of the Sabrina the Teenage Witch movie (yes, the movie, not the show!) from 1996 haven’t forgotten the fiick’s high school hunk, Seth, but for those who need a refresher, Reynolds, now 41, is here with a gratuitous reminder nearly everyone can appreciate, complete with a head full of frosted, swoopy hair that girls in the ’90s went crazy for.

Happy New Year, everybody! The point is, I used to style my hair with a blowtorch.

Posting a snap of his retro look along with a holiday message, he captioned the image, “Happy New Year, everybody! The point is, I used to style my hair with a blowtorch.”

Fans absolutely loved the throwback, leaving comments such as, “Teen bop dream…” and “Hahahaha..this is my Homescreen now,😂😂” and, perhaps our fave, “You look like Zack Morris.😁”

While he does have a bit of a Saved By the Bell vibe going on, others still saw yet another familiar face in Reynold’s look, quipping “James vanryanreynoldsbeek 😂”

Frankly, he not only bares a striking resemblance to most of the fellas who were fighting for parts in Hollywood back in the the pre-2000s decade, his style also resembles that of almost every guy we went to school with!

What do you think about Ryan Reynold’s ‘90s hair? Let us know @BritandCo!

Desiree O
Desirée O is a ‘Professional Bohemian’ who loves anything and everything related to the arts, entertainment, and pop culture. She ADORES being a ‘Newsy’ for Brit + Co, covering all of the latest tidbits of awesomeness that you want to read about. When she’s not writing, she’s either making messy art, going on long adventurous walks with her camera, or poking around over at bohemianizm (http://www.bohemianizm.com/). You can find out about Desirée O and her work at http://DesireeO.com/ or follow her on Twitter @DesireeO.
Nostalgia
Celebrity News
Nostalgia social media