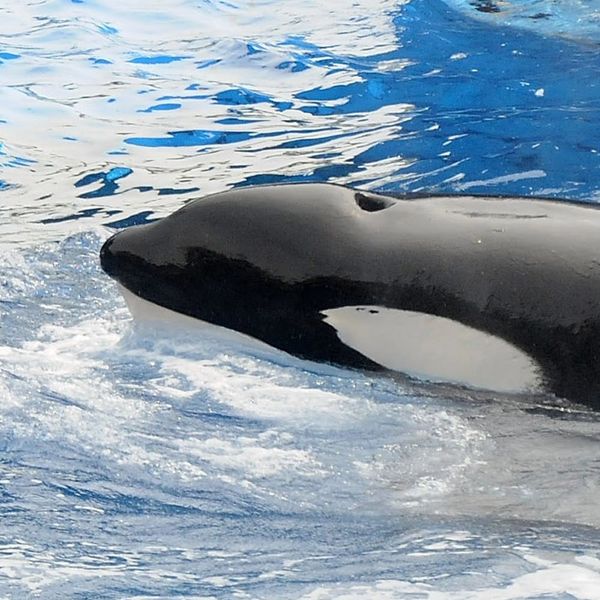 Another famous figure has just passed away, though this time, it’s a beloved (and controversial) animal that’s splashed their last goodbye. Tilikum, who was the focus of the heartbreaking and action-sparking documentary Blackfish — and infamously killed his trainer while in captivity at SeaWorld — has died at 36 years old.

Though the orca, or killer whale, was being treated for a bacterial infection, at this time it’s not clear what killed the creature who many saw as a menace — having been involved in three tragic deaths, including that of his trainer, 40-year-old Dawn Brancheau, back in 2010 — and who others saw as a victim of its sad circumstances.

Many, though, are taking the opportunity to not only grieve the loss of such a magnificent animal, but to also bring to light once more the issue of large animals who are kept in captivity.

he should never have been in that tiny tank in the first place, held captive for 30+ years and he died alone in a tank, disgusting #Tilikum

In light of #Tilikum's tragic death please everyone take some time out of your day to watch the documentary Blackfish. #EmptyTheTanks

STOP going to Seaworld!!! There are other ways to entertain yourself, animal capitivity shouldn't be one of them!!! #CaptivityKills #Tilikum

#Tilikum 💔 never got to live wild and free, stop putting animals behind glass! Animals should not be for amusement. #closeseaworld

Seaworld calling Tilikum their 'beloved' after stealing him and placing him in a bath tub for 25 years.
Nah you're alright. RIP poor whale 🐳

Heartbroken that #Tilikum never got to swim free. @SeaWorld held him captive & kept him suffering until his last day. A truly cruel company.

Are you sad to hear about Tilikum’s passing? What are your thought about the SeaWorld sitch? Tweet us @BritandCo!