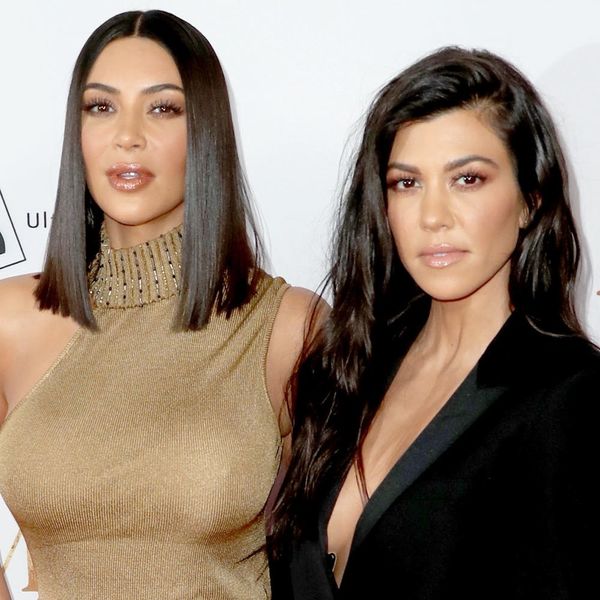 The KarJenners are already well into their Christmas preparations, but with two kids in their ever-expanding brood celebrating birthdays in early December, they have multiple reasons to celebrate this month. Kim Kardashian West’s son, Saint, turns two this Tuesday, and his cousin Reign (Kourtney Kardashian’s youngest) turns three on December 14, so the family decided to throw a joint birthday party for the toddlers. But not just any party — the perfect monster-themed bash!

Sharing some pics of the party on her Snapchat, Kardashian West showed how the family transformed momager Kris Jenner’s holiday skating rink (and other over-the-top outdoor decorations at her Calabasas home) to fit the theme. The fete featured silver balloons spelling out “Merry Monster Mash,” a man-made hill for tobogganing, and even St. Nick himself. (The “mash” part of this monster mash is clearly a combination of Christmas and the kids’ birthdays.

Each of the boys received their own Monsters Inc. cake, too. Disick’s cake featured James P. Sullivan, while West’s cake had Mike Wazowski on it.

Of course, this isn’t even close to the only party the family has had in the last few weeks. In November, the family celebrated the impending arrival of Kardashian West’s third child (via surrogate) at a luxurious cherry blossom-themed shower. And with the holidays just around the corner, Jenner is no doubt busy planning her annual Christmas Eve party, which will likely include the entire krew and loads of celebs.

What was your coolest birthday as a kid? Tell us @BritandCo!