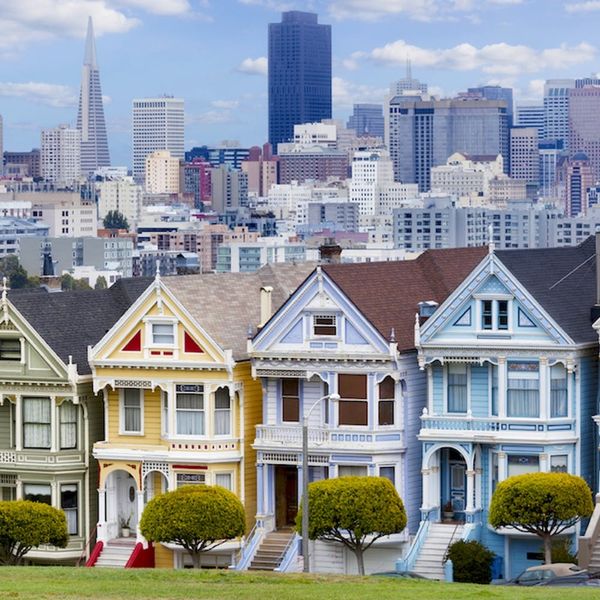 The gender wage gap has become a mainstream political issue for the left in recent years, prompting individual businesses and municipalities to create policies aimed at erasing pay disparities between men and women. Most recently, San Francisco created a law that will go into effect next year, which will make it illegal for employers to ask for an applicant’s salary history.

The idea is that if women are not forced to disclose their salary, which is likely to be lower than a man’s and could lead to a low salary offer, employers will have to offer wages based solely on qualifications and bring about fairer pay.

Unfortunately, this law is so limited that it probably won’t accomplish much. Fortune reports that while employers will be barred from asking about salary history, they can still ask applicants to state an expected salary when applying for a position. This presents a major loophole, as applicants will likely base their salary expectations on their own income history, which could lead to women under-selling themselves compared to men.

Another huge problem is that this law doesn’t address salary negotiations. Experts agree that women are less likely to be given more money when they negotiate salaries, which means that even when women are offered the same starting salary as men, they will still be short-changed in negotiations. Men are more likely to get more money up front, which adds up over time as raises are also eventually negotiated throughout a man’s career.

Based on these loopholes alone, the law simply can’t do much for the wage gap as it stands. But, as San Francisco Board of Supervisors member Mark Farrell tells Fortune, “You have to start somewhere.”

Fair enough, but a start is only valuable if it brings about change. Otherwise, we’re just stuck with empty legislation that takes time and energy away from actually fixing the problem.

There are plenty of theories about which measures will most effectively address the gender wage gap. The American Association of University Women recommends passing national-level legislation, particularly the Paycheck Fairness Act and the Pay Fair Act. The first Act would bring harsher penalties for businesses that do not pay men and women equally, and the second would require businesses to pay equal wages for equally valued work, regardless of the specific job.

But even national legislation is slow to produce results. The Equal Pay Act has been in place since 1963, but Fast Company reports that this law alone wouldn’t bring about wage parity until 2056.

Experts also consistently recommend that businesses take a radically transparent approach to pay — which is kind of the opposite of what the San Francisco plan would encourage. Many companies have already gone this route, either making all salaries available to the public, or performing internal audits of pay to check for pay disparities between male and female employees. The Atlantic reported in 2015 that after the San Francisco-based company Salesforce audited their pay by gender, they spent $3 million in wage adjustments.

What all of these suggestions and action plans make clear is that a multi-pronged approach will be necessary before the gender wage gap is closed. San Francisco’s municipal law might be a good start, but only if this law is used as a springboard for other policies with far fewer loopholes.

What do you think about San Francisco’s plan to help close the wage gap? Tell us on Twitter @BritandCo.