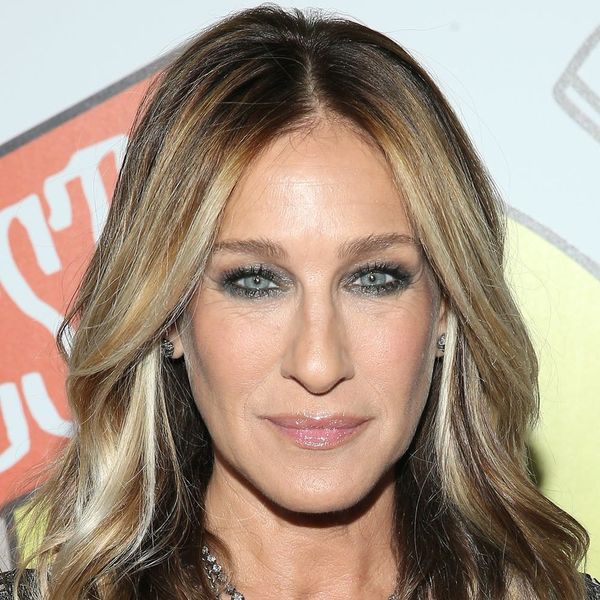 Yet while we’ve seen plenty of covetable heels, platforms, and sandals from the brand since then, the company has shied away from the one style SJP’s alter ego Carrie Bradshaw was rarely (if ever?) spotted out and about in (despite their comfy practicality): sneakers.

Now, SJP is embracing the style, albeit not in any plain old fashion, natch. She’s put her own spin on casual comfort, adding a T-strap and sequins galore to her line’s first-ever pair, which had her jumping for joy over on Instagram.

Just in time for summer... She's here! She's Meteor! And, as her name suggests, she's seriously out of this world. A comfortable, smart, day-to-night silhouette that's SO sparkly she'll blow your mind. Jump on over to @sjpcollection to see our very first sneaker in action. X, Sj

“She’s here! She’s Meteor! And, as her name suggests, she’s seriously out of this world,” the Divorce actress wrote.

We’re not terribly shocked to see her introducing bling for her sneaker debut: Parker herself seems to have a penchant for all things glittery, rocking a purple pair of Dorothy-esque kicks to help “her home” back in October.

The 52-year-old also marveled at the shoes’ versatility, calling them “a comfortable, smart, day-to-night silhouette that’s SO sparkly she’ll blow your mind.”

Nab them in the scintillating silver color the actress herself rocked over at Bloomingdale’s for $255, or in a gold “Karat” version on Amazon for the same price.

Between these and Nike’s new rainbow sneaks, it’s shaping up to be a rather comfy summer indeed!

Sequined sneaks, yay or nay? Tell us over @BritandCo.

Nicole Briese
Nicole is the weekend editor for Brit + Co who loves bringing you all the latest buzz. When she's not busy typing away into the wee hours, you can usually find her canoodling with her fur babies, rooting around in a bookstore, or rocking out at a concert of some sort (Guns N' Roses forever!). Check out all her latest musings and past work at nicolebjean.com.
Shoes
Style News
Shoes sneakers
More From Style News