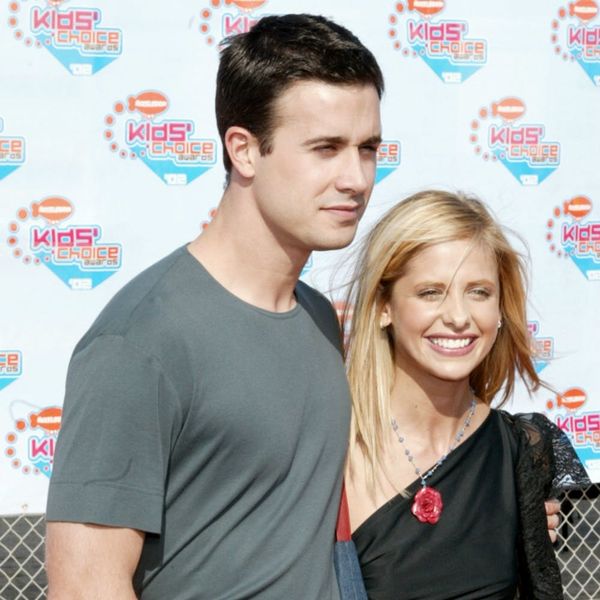 Often, when you see people’s love notes to each other on social media, it can seem a bit over the top. These digital PDAs often seem forced or just make you feel uncomfortable. Except when they don’t. Sometimes, you see someone’s public announcement of love, and it’s all you can do to stop from heart eyes falling out of your head.

Actress Sarah MIchelle Gellar took to her IG yesterday to give us major feels as she celebrated her 14th wedding anniversary with husband Freddie Prinze Jr. In the throwback pic, the couple is seen kissing, with the caption, “Happy anniversary @realfreddieprinze You stole my heart, so I got my revenge and took your last name!!”

Married in 2002, the couple met in 1997 (almost 20 years ago!) on the set of their horror movie, I Know What You Did Last Summer and went on to star in a number of movies. Gellar is most well known as everyone’s favorite vampire slayer, and Prinze has been an actor, TV host and cartoon voice actor. The couple has two kids.

This IG post is definitely the way we imagine a happy couple celebrates, don’t you?

How do you mark anniversaries? Tell us @BritandCo!