A ‘Scandal’ and ‘How to Get Away With Murder’ Crossover Episode Is Happening! 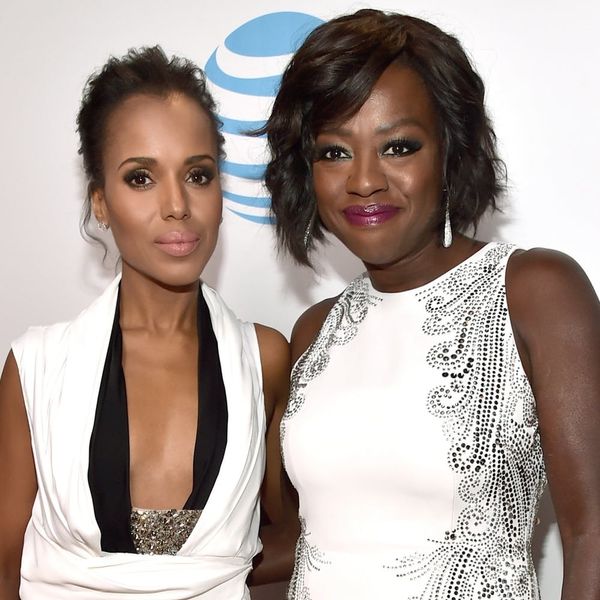 Shonda Rhimes is about to make even more TV magic! The brains behind ABC’s TGIT lineup has just announced that a crossover episode is in the works for Scandal and How to Get Away With Murder — and fans are understandably melting down over it.

“People. It’s happening,” Rhimes tweeted on Wednesday afternoon, adding a photo of a script and tagging HTGAWM creator and writer Pete Nowalk to ask, “You ready for this? #TGITCrossover #HowtoGetAwaywithScandal.” Nowalk answered with a simple, “Let’s do this.”

The script page teased in the tweet depicts the first meeting between Shondaland heroines Olivia Pope and Annalise Keating.

Washington posted a pic of herself inside the courthouse where Davis’ character, Annalise Keating, spends much of her time, writing, “Hey Ms @violadavis, check it out. This spot look familiar?! Where are you?”

Hey Ms @violadavis ❤️ check it out. This spot look familiar?! Where are you?

Davis answered with a sly, “Hey @KerryWashington, guess where I am?!” alongside a snap of her on the Oval Office set Olivia Pope frequents in Scandal.

Hey @KerryWashington, guess where I am?!

Naturally, the news sent TGIT diehards into a frenzy (especially considering the current seventh season of Scandalis also its last), and on Twitter, people expressed their excitement and emotional reactions with — what else — GIFs!

Me after the episode airs. pic.twitter.com/UZVHm0m0Wa

So far, no further details or release date for the episode have been released, but you can bet we’ll update you when we know more.

Are you excited about the #HowToGetAwayWithScandal crossover? Let us know @BritandCo!