Did Scarlett Johansson Just Get a New Back Tattoo? 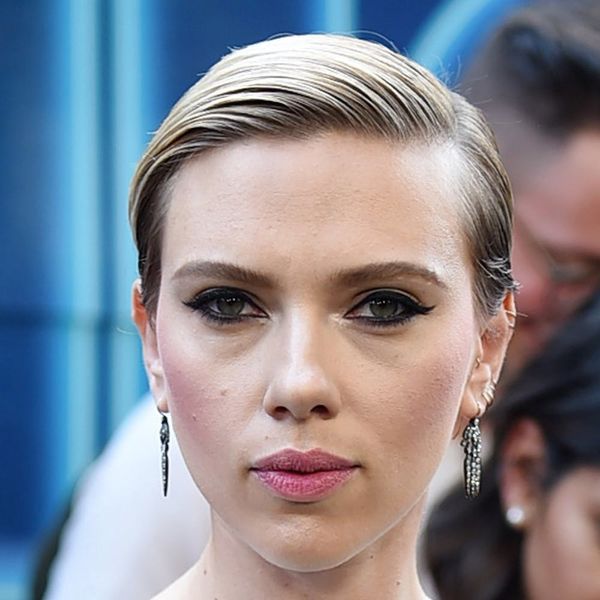 Scarlett Johansson has never shied away from making bold style choices, whether it’s with her hair (that Oscars mini pompadour!), her clothes, or even her *gulp* body. We know Johansson is a fan of body art — she has at least five or so pieces — but her latest possible addition is so badass.

Yesterday the Avengers: Infinity War star was snapped sporting what appears to be new back ink. The design features a floral motif stretching across the span of her shoulder blades.

Scarlett Johansson seems to be sporting a new back tattoo, but could it just be for an upcoming role? https://t.co/8aICG4RFuM pic.twitter.com/rHfXA7V0N8

Sure, it’s totally possible that it’s a temporary addition for a movie role (the pic was shot from the set of her latest Avengers flick), but with multiple prior tats to speak of, it wouldn’t be uncharacteristic of the actress. After all, she also has an infinity symbol on her ankle, a lamb on her back, a horseshoe on her rib cage, a sunrise on her inner arm, and an “I Heart NY” bracelet on her wrist.

And while it’s hard to see exactly which flowers are depicted, it would make sense for her to get a rose in an ode to her daughter, Rose Dorothy Dauriac.

What do you think of Scarlett’s potential new work of art? Let us know over @BritandCo.

Nicole Briese
Nicole is the weekend editor for Brit + Co who loves bringing you all the latest buzz. When she's not busy typing away into the wee hours, you can usually find her canoodling with her fur babies, rooting around in a bookstore, or rocking out at a concert of some sort (Guns N' Roses forever!). Check out all her latest musings and past work at nicolebjean.com.
Art
Beauty News
Art Celebrity Beauty Tattoos
More From Beauty News