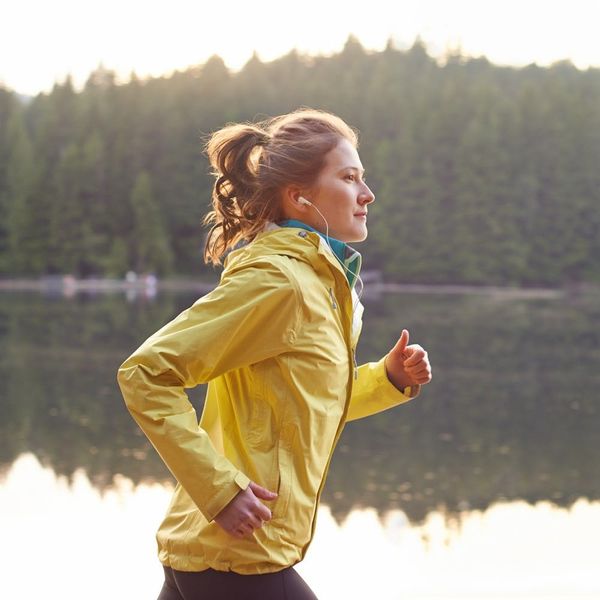 No matter how into your fitness routine you are, it’s easy to let it fall by the wayside during the holiday season. With all that quality time you get to spend with your friends and family, it can be really tough to prioritize workouts. Plus, whether you’re home for Thanksgiving or later for the Christmas/New Year’s combo (or both!), it’s pretty likely that you’ll be indulging in all kinds of delicious holiday bites. And if you’re eating whatever you want, exercising won’t make a big difference, right? Well, according to science, wrong.

New research shows that overeating over the course of a week won’t have a negative impact on your health if you are a regular exerciser. Just let that sink in for a minute, because if you already work out, it’s basically permission to eat whatever you want over the holidays guilt-free as long as you manage to get a few sweat sessions in. Here’s how they discovered this insanely awesome news. The study took a group of regular exercisers between the ages of 21 and 26 and had them eat 30 percent more calories than they usually would for a week, which is probably pretty similar to how you’d eat over the holidays, because pie (and cookies and cake and… need we go on?). The participants also continued to exercise as they normally would, for an average of two and a half hours of aerobic exercise during that week. Afterward, the researchers measured the participants’ fatty tissue inflammation, oral glucose level and the chemical makeup of their fat tissue, and then they compared it to their measurements from before the study. What they found was that the participants had no increased inflammation or other major changes. Voila!

So why does their lack of change matter? Well, the researchers pointed out that it’s known from previous studies that people who don’t exercise in any kind of consistent routine would be affected by this kind of overeating in precisely the physical ways the study monitored. Therefore, exercising can counteract the effects of overeating for a short amount of time, like a week. So if you’re already in the habit of working out on the reg, hit the gym or pavement a few times over those holiday weeks of indulgence. Your body will thank you for it!

Do you usually sweat it out when you go home for the holidays? Tell us why @BritandCo!

Julia Malacoff
Julia is a writer, editor and proud life-long vegetarian based in Brooklyn, NY. An avid traveler, meditation enthusiast and exercise junkie, she stays active in every new locale she visits.
Health