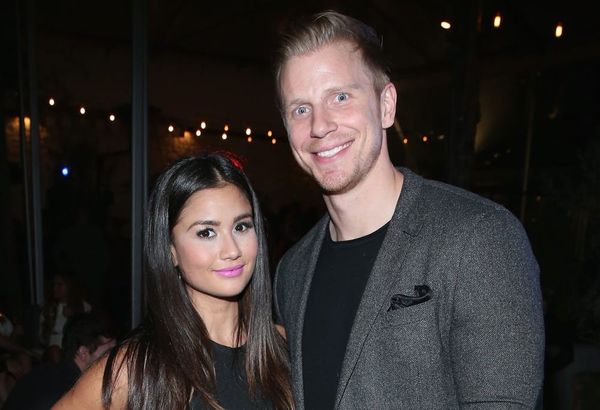 Sean Lowe and Catherine Giudici’s baby boy is on the mend! The LoweCo. designer took to Instagram on Monday, November 5, to share the happy news that the couple’s five-month-old son, Isaiah, is home from the hospital after spending the weekend in the pediatric ICU.

“Isaiah’s back! And butt!” Giudici joked alongside a photo of her little one wearing nothing but socks. “Thank you all so so much for all the love and prayers you’ve sent us! Our sweet angel is out of the hospital and back at home, happy and healthy. Happy dimples all around!”

The Bachelor alums first shared that Isaiah was unwell in an Instagram post on November 2, revealing that they had taken him to the pediatrician due to a bad cough and were referred to the pediatric ICU, where doctors diagnosed him with bronchiolitis. “His little body is having a tough time getting enough oxygen,” Lowe explained at the time.

The concerned parents kept their followers apprised on Isaiah’s condition via social media, and on Saturday, Giudici shared a photo of herself giving her son a kiss, writing, “Holding my little one so, so tight. Thank you for all your prayers and sweet comments. I think they’re working.”

Holding my little one so so tight ❤️ Thank you for all your prayers and sweet comments. I think they’re working 😊

Lowe added a couple of encouraging updates of his own. On Saturday night, he shared a photo of the couple’s two-year-old son, Samuel, writing, “Home with my dude tonight while Catherine stays at the hospital with Isaiah — he’s making good progress btw. Thank you for all of the kind words and prayers!”

The next morning, he shared a pic of Isaiah still in the hospital. Although the little one had tubes in his nose to help him breathe, he also had a giant smile on his face. “Guess who’s in good spirits today?” the former Bachelor captioned the post.

He also tweeted about the ordeal on Monday. “After four days in the pediatric ICU with bronchiolitis, our boy Isaiah is back home and feeling much better. Thank you for all the kind words and prayers. God is good! Now back to the bad dad jokes,” he quipped.

He followed that, as promised, with a dad joke, quipping, “After the stress of watching my baby boy in the ICU for four days, I truly feel like I love him even more now. Kinda sucks for Samuel though. Now he’s in a distant second place for favorite kid.”

Has your little one ever spent time in the hospital? Tweet us @BritandCo.

(photo via Jonathan Leibson/Getty Images for WE tv)

Desiree O
Desirée O is a ‘Professional Bohemian’ who loves anything and everything related to the arts, entertainment, and pop culture. She ADORES being a ‘Newsy’ for Brit + Co, covering all of the latest tidbits of awesomeness that you want to read about. When she’s not writing, she’s either making messy art, going on long adventurous walks with her camera, or poking around over at bohemianizm (http://www.bohemianizm.com/). You can find out about Desirée O and her work at http://DesireeO.com/ or follow her on Twitter @DesireeO.
Celebrity Baby
Celebrity News
Celebrity Baby The Bachelor
More From Celebrity News