See How Your Fave Celebs Are Getting Coachella Started Right 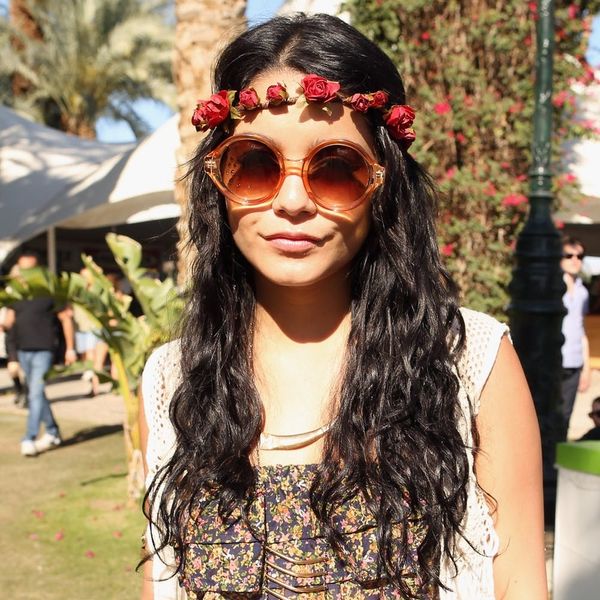 Coachella Music Festival kicked off today (catch the livestream feed here), and not only are several of our own B+C-ers on the grounds (did you catch their live fest-ready makeovers?), but celebs are braving the heat of the Indio, California desert to catch their favorite acts, including The XX, Lady Gaga, Lorde, Radiohead, and more. See who’s prepping to have the time of their lives below.

1. Nina Dobrev: Dobrev was more than ready to get the party started, posting a #FlashBackFriday of herself at the fest and saying, “Let the festivities begin…”

2. Reese Witherspoon: The Legally Blonde actress gave us a glimpse of her preferred palm-tree-filled view en route to the grounds, saying, “#Coachella, here we come!”

Coachella we're coming for ya! #jetsuitex

3. Ashley Tisdale: Ashley Tisdale, by contrast, opted for private jet transpo for her first time at the music fest, writing, “Coachella we’re coming for ya!”

Find the mural in the desert and get something special 💖 only 250 available! Shot and designed by @l_o_b_s_t_e_r_e_y_e

4. Lady Gaga: Headliner Lady Gaga, who stepped in in place of pregnant Beyoncé, was preceded by her own likeness, challenging fans to find her limited edition @l_o_b_s_t_e_r_e_y_e mural in the desert to get “something special.”

5. Shay Mitchell: Mitchell ditched her unicorn-inspired hair and makeup for a bit of pool time this morning at Revolve’s pop-up at Arrive Hotel (or currently, #hotelREVOLVE”).

6. Nicole Richie: Also on hand at Revolve’s mini fest was Nicole Richie, who brought her boho-chic line, House of Harlow 1960, to the mix.

8. Rachel Zoe: Stylist and mommy Rachel Zoe was prepped in a wide-brim hat and a perfectly glossed pout, writing, “On the road again…#Coachella2017.”

9. Sofia Richie: Nicole’s little sis made a girls’ trip out of the event, with a crew that included Poppy Delevingne.

And it all begins

10. Vanessa Hudgens: Last but not least is the woman who’s been called the “Queen of Coachella” for years, despite her objections: one Miss Vanessa Hudgens. And it doesn’t look like she’ll be losing her crown anytime soon: girl looks picture perfect in a For Love and Lemons ensemble, Vanessa Mooney necklace, Vera Wang glasses, and a Lack of Color hat. “And it all begins,” she says. Indeed, Vanessa. Indeed.

Which star would you be most excited to run into at the fest? Tell us over @BritandCo.

Nicole Briese
Nicole is the weekend editor for Brit + Co who loves bringing you all the latest buzz. When she's not busy typing away into the wee hours, you can usually find her canoodling with her fur babies, rooting around in a bookstore, or rocking out at a concert of some sort (Guns N' Roses forever!). Check out all her latest musings and past work at nicolebjean.com.
Coachella
Celebrity News
Coachella Festival Style Music