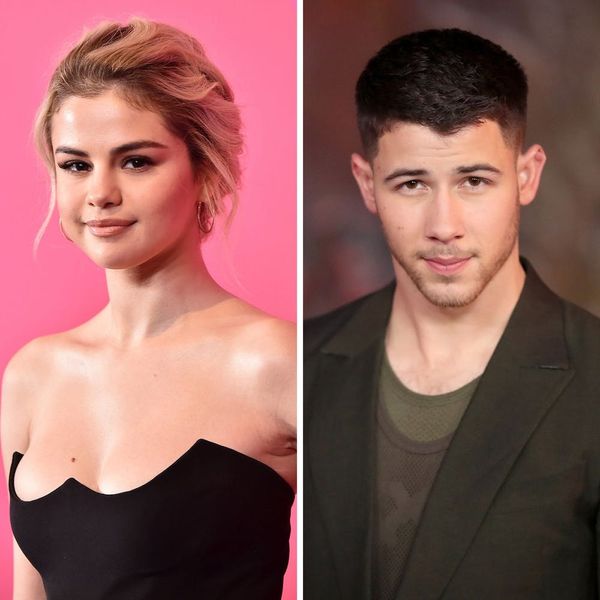 Selena Gomez may be in the midst of a romantic reunion with Justin Bieber, but years ago, it was Nick Jonas who had all of her attention. And on a recent episode of BBC Radio 1’s Breakfast Show, she had a chance to confront him about something that happened when they were together.

Stars are used to sitting down for interviews, but Jonas’ chat with Breakfast Show host Nick Grimshaw, for which he was hooked up to a heart-rate monitor while lying in a hospital bed, was far from typical. With the goal of raising the singer’s heart rate, Grimshaw asked him about a few stressful and awkward situations from his past. The former Disney Channel star handled things well at first, but his pulse started racing a little when Gomez, whom he dated several years ago, popped up in a video to jokingly skewer him about one of their dates in NYC.

“I would like to remind you of a time where we all went to Central Park together. It was definitely over 10 years ago. I was wondering if that brought up anything for you,” she began. “You know, Central Park was really beautiful. It was actually my first time. Maybe that says something? If not, I failed.”

@nickjonas took the Heart Rate Monitor with Dr. @nicholasgrimshaw and as you can see, he was totally calm and relaxed about it 😅📈 Watch now on the Radio 1 YouTube channel!

As she spoke, Jonas’ heart rate increased from 76 beats per minute to 90 beats per minute. After a few moments to collect himself, the 25-year-old “patient” willingly explained, “This was at a time when my brothers and I were a boy band. And we were in Central Park, and we were very private about our relationship, and she was unhappy that her Central Park experience was ruined by the fact that I walked about 20 feet away from her. Even though they were taking pictures of us and obviously we were there together, I was like, ‘It would be better if we stand about 25 feet apart.'”

He continued, “So it ruined her Central Park experience. Her and Taylor Swift — who was dating my brother Joe, but we never confirmed it — walked 25 feet behind us as we walked through the park by ourselves.”

Gomez wasn’t the only ex-girlfriend whose name came up during the chat, though. Before he dated the “Bad Liar” singer, the former boy bander was linked with fellow Disney teen Miley Cyrus. Though that relationship didn’t exactly end well, it did give us the song “7 Things,” which Jonas now fully admits is about him. It would be hard to deny it, though, since, as he points out, she wore the dog-tag that he gave her in the video.

Do you have any funny relationship memories? Let us know @BritandCo!

Desiree O
Desirée O is a ‘Professional Bohemian’ who loves anything and everything related to the arts, entertainment, and pop culture. She ADORES being a ‘Newsy’ for Brit + Co, covering all of the latest tidbits of awesomeness that you want to read about. When she’s not writing, she’s either making messy art, going on long adventurous walks with her camera, or poking around over at bohemianizm (http://www.bohemianizm.com/). You can find out about Desirée O and her work at http://DesireeO.com/ or follow her on Twitter @DesireeO.
Celebrity Couples
Celebrity News
Celebrity Couples Nostalgia
More From Celebrity News