The Senate Made Some Big Changes to the BCRA This Week 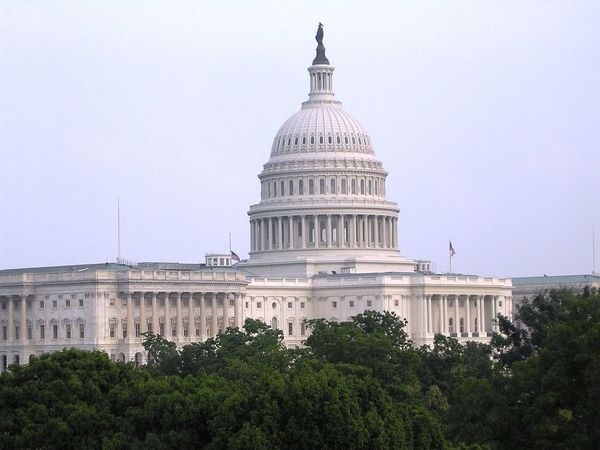 The Republican saga to fulfill president Donald Trump’s promise to repeal and replace the Affordable Care Act (ACA) marches on. This week, GOP members of the Senate made some changes to their version of a new healthcare bill, the Better Care Reconciliation Act (BCRA). The changes come as Republican leaders in the Senate work to shore up votes from holdouts who still aren’t happy with the legislation. Because the Republicans working on the bill need every last vote they can get in order to pass it (they’re still 50 shy, according to CNN), every change matters.

The most noteworthy alteration is an amendment introduced by and named for Texas senator Ted Cruz. Essentially, Cruz’s “Consumer Freedom” amendment would allow insurers to sell policies with very minimal benefits if they also sell even one plan through Obamacare, CNN reports. The amendment is intended to swing conservative senators, but may push moderate Republicans away, since it could cause a steep increase in the cost of premiums for people with pre-existing conditions.

Additionally, the revision includes major new funding ($45 billion) for opioid treatment. The nation currently faces an epidemic of hospital visits and deaths related to opioid abuse, and this amendment would allocate funds states could use to help cover opioid treatment to lower the cost of healthcare for people seeking assistance.

Other suggested changes include maintaining ACA taxes on the wealthy. One troublesome item not addressed this week are the BCRA’s major cuts to Medicaid.

CNN reports that the Republican senator from Maine, Susan Collins, said she will vote no on the legislation unless the Congressional Budget Office (CBO) indicates that the loss of Medicaid coverage will not be as “severe” as she is anticipating. Kentucky senator Rand Paul said he wouldn’t even vote on the motion to debate the bill.

Democratic governors are also speaking out against the BCRA following the suggested amendments. Montana Governor Steve Bullock said Friday that GOP members of Congress are “still trying to put lipstick on a pig, but guess what? It’s still a pig,” TIME reports. The chief concerns expressed by Democratic governors, who convened in Rhode Island today for the National Governors Association meeting, are the drastic cuts to Medicaid.

Insurance companies aren’t thrilled, either. CNN reports that Scott Serota, CEO of Association of Independent Blue Cross Blue Shield Plans, wrote a letter to Cruz and one of his colleagues who supports the “Consumer Freedom” amendment, stating, “I’m writing to make clear my view on how the ‘Consumer Freedom Option’ is unworkable as it would undermine pre-existing condition protections, increase premiums, and destabilize the market.”

The nonpartisan CBO is scheduled to release on Monday its calculations of how many people would lose health insurance under the proposed changes to the BCRA. After the Senate released a version of the BCRA in late June, the CBO estimated that the number of uninsured people would increase by 22 million to 49 million by 2026 if the BCRA went into effect.

The continued skepticism about the BCRA from Senate Republicans following the changes suggested this week means Senate majority leader Mitch McConnell and senators such as Ted Cruz still have a lot of work cut out for them. Fifty votes is a long way to go.

What do you think about the suggested changes to the BCRA? Tell us on Twitter @BritandCo.