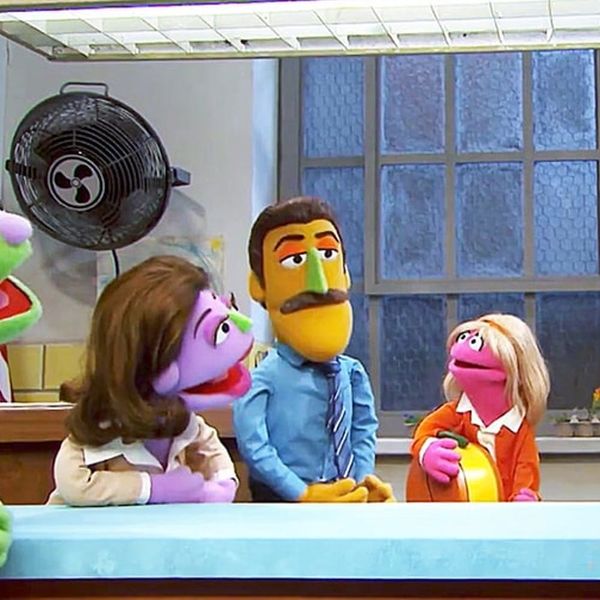 We could not be more excited for the fifth season of Orange Is the New Black (despite the fact that both unreleased episodes and spoiler-filled descriptions were leaked), and it looks like we’re not the only ones. The folks over at Sesame Street are apparently also into the series and have decided to introduce kids to the ladies of Litchfield… Academy.

Featuring Piper the puppet, this new student introducers her fellow inmates, er, students to “the new snack” — an orange. While it creates a ruckus at first, the other ladies soon get into the new groove. With a handful of characters that mimic their IRL OITNB counterparts, it’s a pretty safe bet that fans of the show will easily pin down who each puppet portrays (seriously, it’s not too hard to figure out who “Googly Eyes” is meant to be).

Though the parody first aired on HBO back in January of 2016, Sesame Street has just popped it onto their YouTube page in honor of the OITNB’s return this Friday, June 9. Until we get to see what’s up with the ladies of the Litchfield Prison, check out this (quirky and hilarious or inappropriately themed?) clip that spans everything from “the shoe” to a Lorna-like character acting out her Christopher-fixated wedding fantasies on the unsuspecting piece of fruit.

What did you think about Orange Is the New Snack? Let us know @BritandCo!