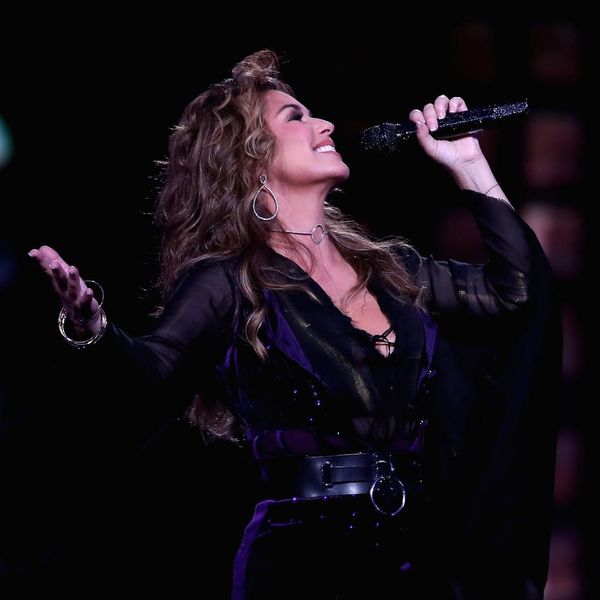 Shania Twain has been opening up about past heartbreaks as she prepares to release her new album, which drops in just one week, on September 29. In a new interview, the beloved singer revealed how she was “shattered” by her divorce and thought she would never be able to sing again after a life-altering battle with lyme disease.

“How many more traumatic moments can I take?” That’s what Twain was thinking after she separated from her husband (and the father of her son), Robert “Mutt” Lange, following his affair with her best friend back in 2008. “I wasn’t just broken, I was shattered,” the country-pop superstar explained to 60 Minutes Australia.

But their split wasn’t the only source of Twain’s pain. She also revealed to 60 Minutes Australia that her battle with lyme disease almost resulted in the permanent end of her career. The 52-year-old said that because she was dealing with her divorce while also fighting for her health, she doubted whether she’d ever return to the stage. In fact, because the disease took such a toll on Twain’s vocal cords, she admitted, “I never thought I would sing again.”

Back in July, she shared a similar sentiment with People, saying, “I was very scared for a little while that I wouldn’t sing again, ever. I went through that moment, but I found a way. I found a way to do it.”

It took Twain 15 years away from the spotlight to find her path again — but don’t call it a comeback. She insists it’s “a continuation… an evolution.”

As part of that evolution, she now requires serious vocal warm-ups and physical therapy that she says is “very, very difficult.” But it seems like all of the hard work is paying off, because as she sings in the first single from her new album, life’s about to get good.

Are you surprised to find out about the struggles Shania Twain has faced? Let us know @BritandCo.