6 Things That Happen When Your Name Is “Kylie Kendall” 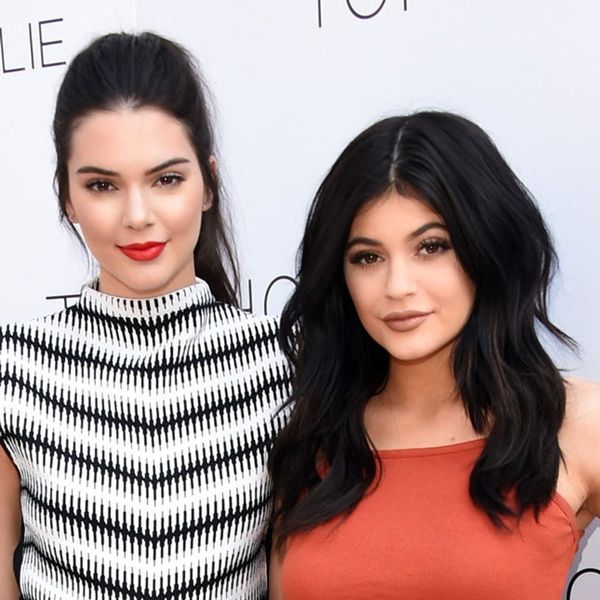 My first and last names are the same as two mega-celebrities: Kylie and Kendall Jenner. Yep, spelled the same and everything. Most of the time, I forget that on paper, I could easily be mistaken for members of America’s royal family, but every once in awhile, I’m reminded in a pretty funny way. Here are a few things that happen when you’re named Kylie Kendall — just in case someone with your name suddenly becomes super famous and you find yourself in the same position!

1. You go into Starbucks, all excited for your first half-sweet pumpkin spice latte of the season, and the girl behind the counter asks you for your name. You tell her and wait for her to ask how to spell it, like everyone always does. Instead, not only does she write “Kylie” instead of “Kiley” for what feels like the first time ever, but she says, “Like Kylie Jenner!” She’s really excited about it, so you say, “Girl, wait ‘til I tell you my last name…”

2. You accept that, as a writer, no matter how many cool bylines you get, you’ll never, ever be able to google yourself. A search for Kylie Kendall turns up 65,500,000 results in 0.48 seconds and trying to find your work in there would be like looking for a needle in a haystack. But, hey, at least all those ominous warnings about potential employees googling you and finding a photo of you from high school with a wine cooler in your hand don’t really apply to you!

You also remember googling your name when you were about 9 or 10 and finding a series of YA books called the Kylie Kendall Mysteries. At the time, you thought to yourself, “Damn, that’s some stiff competition.” Little did you know…

3. You go to get your license renewed and the woman behind the counter says, menacingly, “We’ve been waiting for you.” You’re terrified that you’ve filed some paperwork wrong or have somehow done something illegal without knowing until she says, “We saw your name on the schedule for the week and it gave us all a good laugh.” The expression on her face suggests she’s never laughed in her life, but you’ll take it. Phew.

4. You meet a nice guy in a bar. After trying to talk over the blaring music, he hands you his phone to add your number, so you do. Weeks later, he tells you that the next morning when he saw the new entry, he thought you’d given him a fake number and just wrote the first name that came to mind. Now, whenever you have to fill out a form or give your name to someone you don’t know, you’re a little worried they’ll think you’re trying to pull one over on them.

5. Every time you go to see your hair stylist, she seems to remember all over again what your name is. (To be fair, you only get a haircut about once a year, but maybe you shouldn’t advertise that.) You spend the next hour and a half talking about the Kardashians, and you don’t even hate it because you (not so) secretly watch Keeping Up with the Kardashians religiously — and who else in your life are you going to analyze Khloe and Lamar’s relationship in painstaking detail with?

6. Everyone seems to assume you hate having the same name as the Jenner sisters. They say things like, “At least you had the name first!” But really, you’re pretty honored to share a name with powerful #girlbosses doing undeniably influential things.

Do you have a famous name? Tell us about it by tweeting us @britandco!

Kylie Kendall
Kylie is a freelance writer living in Ottawa, Canada. When she's not writing, you might find her scoping out all-day breakfast spots in her city or taste-testing every bottle of red wine under $10.
Celebrity Baby Names
Pop Culture
Celebrity Baby Names Kardashians