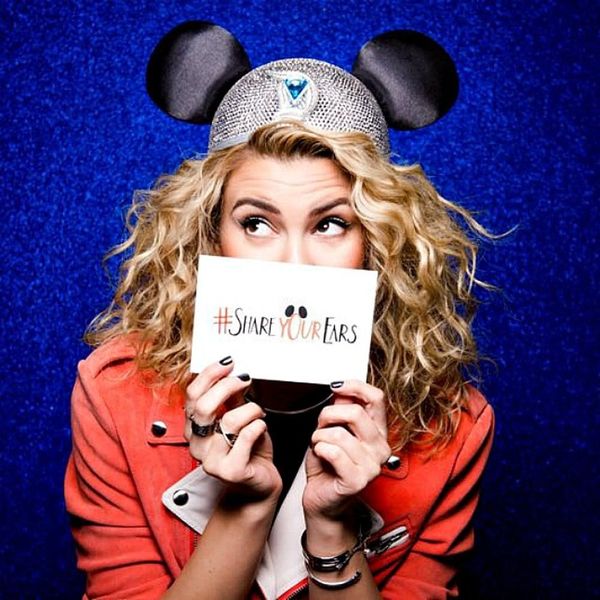 With Inside Out scoring big on Oscar night, Disney is clearly starting 2016 off with a bang. But their wins during award season aren’t the only thing Walt’s magical company has to celebrate this year — after 35 years of making dreams come true, Disney has finally fulfilled its 100,000th wish for the Make-A-Wish foundation with seven-year-old neuroblastoma patient Luke’s visit to Disneyland this past October.

To celebrate their many years of wish-granting, Disney launched a campaign that’s sure to make your heart (or your snowman bestie) melt. Starting February 22, Disney will donate up to one million dollars to their wish-granting partner. There’s just one small catch: In order to unlock each individual five dollar donation, Disney and Make-A-Wish fans have to post a picture of themselves wearing Mickey ears on social media (Instagram, Facebook or Twitter) using the hashtag #ShareYourEars on or before March 14th. Posting a selfie to send a sick kid to Disneyland? This is what we’ve been training for, people!

“For 35 years, Walt Disney Parks and Resorts has been proud to work with Make-A-Wish to make dreams come true for thousands of children, and now we’re excited to give Disney fans the opportunity to help us make a difference for even more,” said Bob Chapek, chairman of Walt Disney Parks and Resorts. With over 8,000 Disney-related wishes granted every year, it’s no wonder the foundation is near and dear to Disney’s heart. So far, the support has poured in from celebrities like Neil Patrick Harris (who hosted Sunday’s ABC special, The Wonderful World of Disney: Disneyland 60), Fifth Harmony, Jimmy Kimmel, Tori Kelly and many, many more.

But the magic doesn’t end there for guests visiting the Disneyland Resort in Anaheim, California. The resort is also selling special, collectible 60th Anniversary Ear Hats, inscribed with the message “Wishes Really Do Come True.” All proceeds from the hats (up to an additional $150,000) will also benefit the Make-A-Wish foundation. Whether your spring break plans include a D-Land getaway or not, one thing is for sure: There’s never been a better time to post an adorable Disney selfie.

Ashley Macey
Ashley Macey is a lifestyle freelance writer who loves all things fitness, wellness, and creativity. When she's not exploring her home in the Pacific Northwest with her dog Max, you'll probably find her curled up with a good book and some hot tea. Follow her daily jaunts on Twitter.
Charity
Pop Culture
Charity Disney Selfie social media
More From Pop Culture