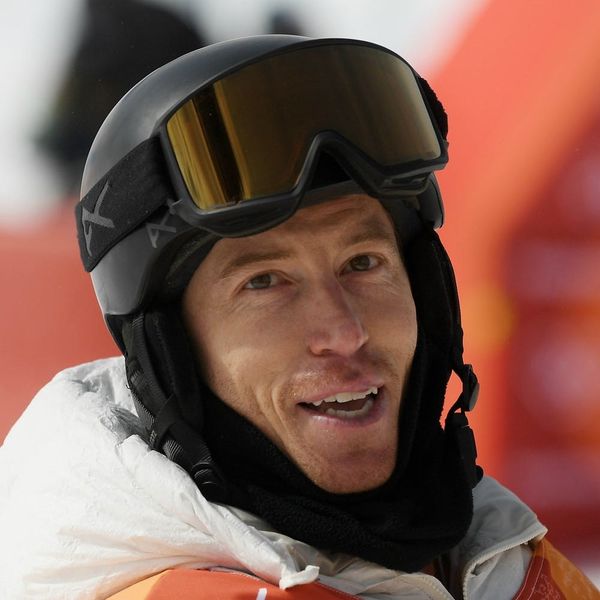 The Flying Tomato is back. NBC has been heavily promoting Shaun White’s return to the Olympics with his own Super Bowl ad and hashtag #BestofUs, plus a number of inspiring stories about the former star’s journey overcoming injury and adversity to come back and make an attempt at winning his third gold medal at PyeongChang.

But while NBC promotes the ginger athlete, Slate recalls 2016 allegations of harassment against White by the snowboarder’s former bandmate. In an article published Tuesday, Slate asks why the network, which so quickly removed Matt Lauer from his job upon allegations of misconduct, appears easily willing to ignore the allegations against their Olympic fave.

White formed a band in 2014 called Bad Things along with some friends, including Lena Zawaideh, the band’s former drummer, who had been playing music with White since she was 16 years old in 2007. By 2016, things turned sour between Zawaideh and White, and the drummer sued her former friend for unpaid wages.

Something happened with Zawaideh’s original lawyer, and after moving to a different law firm, she added harassment claims to her suit — complete with receipts to back up her claims. Although Zawaideh said her former friend was always “strange,” the pair’s dynamic went from weird to bad news when she alleges her former friend started sending her sexually explicit text messages.

At the time of her filing against the now-31-year-old Olympian, Zawaideh issued a statement, saying, “I am pursuing this case because women should not have to tolerate harassment at work. Shaun White should not be allowed to do whatever he wants just because he is famous. Although I am embarrassed to have been treated this way, I cannot sit by and watch him do this to other women.” White has denied all allegations, and at one point asked the courts for her to have a mental health evaluation, but the pair eventually settled out of court (with sealed court documents) in Spring 2017.

In light of all of this, it is surprising that White is being given such an esteemed platform, especially when teammates like Chloe Kim are absolutely SLAYING this Olympiad.

White has not spoken about the settlement or screencaps of the texts he sent Zawaideh.

What do you think about Shaun White’s secret settlement? Let us know @BritandCo!