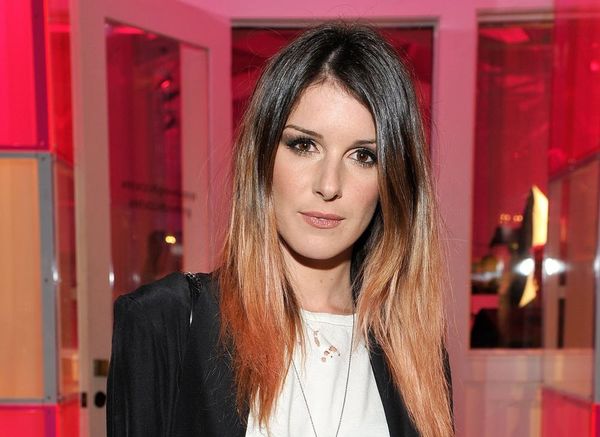 It’s been a week since 90210 star Shenae Grimes and her hubby, Josh Beech, welcomed their first child, and already the new mom is busy documenting all of her little girl’s milestones — as well as the realities of her own postpartum journey.

Taking to Instagram on Friday, October 5, the actress and lifestyle blogger gave fans a glimpse into her life as a mother, just as she did throughout her pregnancy. In the post, the 28-year-old can be seen wearing a simple white bra and undies as she cradles her bundle of joy and throws up the love sign. “To celebrate Bowie’s one-week birthday, I’m wearing my postpartum bod with pride,” she declared in the snap’s caption.

“I was nervous to post this because I’m sure I’ll receive comments from people asking if I’m magically five months preggers again already or saying I looked hella tired or WHATEVER, but I felt it was important to share on social media because this is my reality and I’m proud and empowered by this incredible body and the life it created,” she continued. “Now that is some real magic!!!”

Admitting that one of her biggest fears before giving birth was “how insecure [she] would feel in the days that followed,” the starlet revealed that the reality couldn’t be more different. “I’ve felt more confident in myself and my body than ever before because it is strong and miraculous and badass,” she wrote. “I’m sure I’ll love the day I fit back into my pre-pregnancy clothes, don’t get me wrong, but right now I’m wearing this body with pride and I wanted to post this in case anyone out there has the same concerns I did.”

She went on to encourage all of her fellow mothers who might be struggling with body image issues. “Women are strong, women are powerful, women create life and do a million other things whilst nurturing and caring for the future generation. This is the example I want to set for my little girl… Rock on mamas!” Rock on, indeed!

What do you think of Shenae’s stance on postpartum body image? Tweet us @BritandCo.