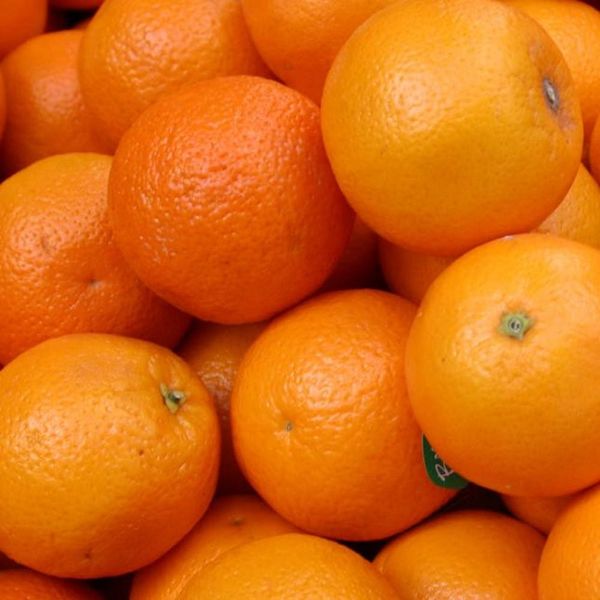 There’s this Seinfeld episode where Kramer starts making salads in the shower (“I prepared it as I bathed”). He even installs a garbage disposal in the shower drain. It’s hilarious and also seriously gross. So when I first learned that the internet has been freaking out over eating oranges in the shower, I was skeptical (“Hold up — you don’t mean using oranges in your beauty routine?”) but also highly intrigued. Go on.

As all illustrious internet fads begin, the shower-orange phenomenon got its start on Reddit. An anonymous (and since deleted) user sang the praises of the shower orange back in the spring of 2015, and a new Shower Orange subreddit quickly followed, with members claiming that the steam and heat intensifies the essential orange-ness of the fruit, creating for the bather a certain kind of scurvy-inhibiting euphoria. There are thousands of Reddit users chiming in on their own shower-orange experiences, and NPR even did a story on the shower-orange craze (with mixed results). Which means only one thing, obviously: I had to try it for myself.

After picking up two oranges from the market on Friday afternoon (gotta have a control in this experiment — this is science, after all!), I went home to shower and get ready for the weekend. I ate my first orange at the kitchen counter, peeling it with fingers and then using a knife to separate the membranes. It tasted and smelled good, but I wasn’t bowled over by anything. It was a satisfactory orange experience.

Moving right along as any proper scientist would, I stripped down and stepped into the shower. I peeled the orange as my conditioning mask did its thing on my tresses (bonus points for multi-tasking!) and felt a little giddy — there’s something weirdly illicit about eating in the shower to begin with, and oranges definitely have a sensual property to them. I can already tell I’m going to like this.

As I peeled, I was experiencing major waftage of the zesty aroma. It could have been that I was willing this experiment to work, but I truly feel like it was much more fragrant in the steamy hot shower than it was in the kitchen. I ate the fruit like an actual animal; with a peeled half in each hand, I went at each slice with my teeth, tearing wedges free and letting the juice drip down my wrists and chin. ‘Cause guess what?! I’m in the shower! There is no mess to be made! I was able to enjoy the juicy fruit like a kid, with no regard for stains, stickiness, or self-control.

Honestly, I wish this craze had been called shower oranges, because I could have used a second go around — it was that nice! The shower orange really did taste better than the kitchen orange. It was juicer, more fragrant, and more zippy. I felt liberated, clean, and healthy all in one. Now, there’s no actual way for me to conclude with certainty that these euphoric experiences were the result of anything other than my imagination, but honestly, who cares? It was fun and tasty! With all that said, I don’t think it’s anything I’ll commit to on the regular, since it definitely lengthened my shower time, but it worked as an oddly satisfying way to start the weekend (and added a little vitamin C to my diet).

Have you tried the shower-orange trend? Tweet us @BritandCo to let us know if it transformed your life!