Why Side Hustles Are Made for Millennials 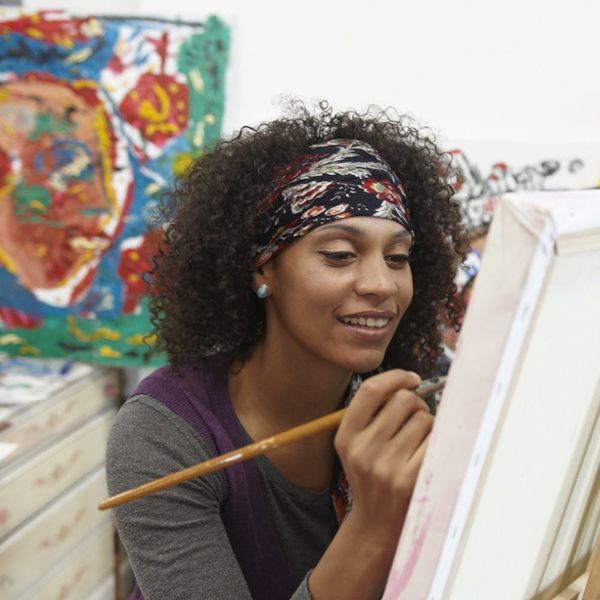 We *love* that side hustles are having a moment, but if you thought that millennials invented the trendy term, you may want to double-check your facts. According to Merriam Webster, the term “side hustle” was first seen in print in the 1950s, when it was found exclusively in African-American newspapers to reference either a legitimate second job or an on-the-side scam (think Christian Bale in American Hustle). Today, millennials have ditched the illegal connotations of yesteryear, taking over the phrase to exclusively mean totally legit jobs that are pursued in addition to typical nine-to-five gigs.

Even if millennials didn’t invent the trendy term, there’s no denying that they are definitely crushing the side-hustle game lately. According to a 2016 CareerBuilder survey, more than two-fifths of folks ages 25 to 34 have a side gig, with the proportion significantly dropping off the older you get. So why exactly are young people taking on side gigs with such ferocity? Here are a couple reasons why twenty- and thirtysomethings are so obsessed with side hustles.

It’s no big secret that many millennials find themselves a little strapped for cash once they officially enter adulthood. With the extraordinary cost of higher education paired with less-than-satisfactory entry level wages (let alone the overcrowded renting market and home buying market), it’s really a no-brainer why a ton of millennials are turning to alternative sources of income to make a quick buck.

“It’s true; the 2008 crisis forced plenty of people to look for additional sources of income, not least of all the recent graduates who, with little experience and limited networks, were confronting the job market for the first time,” writes Catherine Baab-Muguira for Quartz. Along with being able to supplement income, one of the biggest perks of pursuing a side hustle specifically (as opposed to taking a second part-time job at Starbucks) is that you have complete control over when, where, and how often you work.

This may be why the most common side hustles among millennial women are gigs where hustlers have the freedom to completely determine their own schedule and workload. According to a recent Jobvite survey of approximately 1,500 job seekers, the most common side hustles among millennial women include freelancing (30 percent), babysitting (25 percent), dogsitting (20 percent), selling on Etsy (11 percent), and ride-sharing (6 percent). This means that when the hustler is entering a busy season at their full-time job, they can simply put their business on hold for the moment, set their Etsy store to vacation mode, and pick the gig back up whenever they feel like earning a little extra green.

Even though a lot of millennials take on side hustles for the extra paycheck, making some bonus cash isn’t the *only* reason young people are pursuing side gigs. While earning a few more dollars on top of your steady income is always a plus, many millennials note that the reason they started a side hustle has more to do with having a creative outlet than anything else.

Because millennials grew up in the digital age, they’ve seen with their very own eyes how quickly a good idea with catchy branding can take over the world. From the seemingly overnight rise of Uber (which literally describes becoming a driver as taking on a side hustle) to making thousands of dollars off of a single viral YouTube video, it’s totally feasible in the millennial mindset that one amazing idea and an internet connection can have the power to change your life completely.

Today, starting a digitally based side hustle — whether that’s whipping together a blog, YouTube page, or Etsy account — is an easy way to pursue your creative passions in a low-stakes setting that *usually* doesn’t involve risking your life savings in the same way as quitting your job and opening up a small business. This is probably why 71 percent of workers with a side hustle do *not* want to turn their side gig into a day job, according to that aforementioned CareerBuilder survey. It’s simply a great way to experiment until they find the one idea or skill that they’re so passionate about they can’t help but turn it into a full-time pursuit.

But whether millennials are looking to side hustles simply to make some extra dough or to pursue their creative passions in a low-stakes setting, we’re all for young people dipping their toes in the self-employment waters and seeing what it’s really like being their own boss. Seriously, go get ‘em, ladies!

Are you a millennial who has or wants a side hustle? Tweet us your experiences by mentioning @BritandCo.

Ashley Macey
Ashley Macey is a lifestyle freelance writer who loves all things fitness, wellness, and creativity. When she's not exploring her home in the Pacific Northwest with her dog Max, you'll probably find her curled up with a good book and some hot tea. Follow her daily jaunts on Twitter.
Adulting
Work
Adulting Girlboss study The Art of the Side Hustle
More From Work