Siggy Flicker Is Leaving ‘The Real Housewives of New Jersey’ 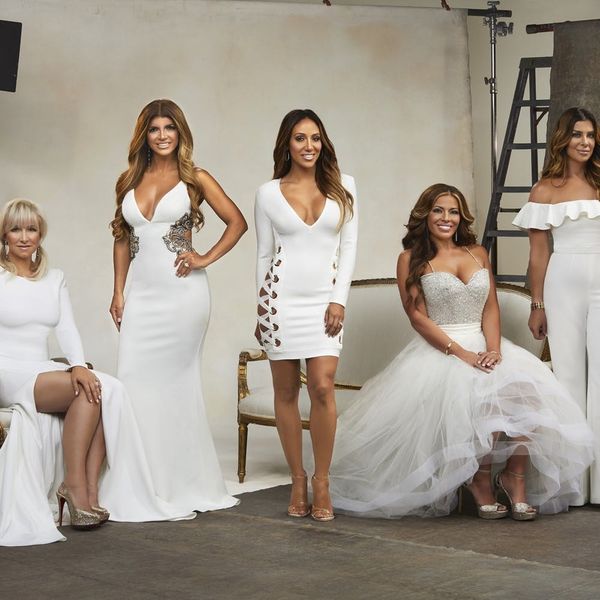 A day after RHOC star Meghan King Edmonds revealed that she’s expecting twin boys, news of a very different kind is coming out of the reality TV franchise. The Real Housewives of New Jersey star Siggy Flicker has announced that she’s leaving the show after two seasons.

Flicker’s short time on the series has been filled with drama, most recently when she and Margaret Josephs clashed in Milan over a comment Josephs made about Adolf Hitler. Flicker, whose father is a Holocaust survivor, accused Josephs of being anti-Semitic. And that was just one of many disputes, some of which Flicker detailed in an Instagram post.

DON’T MISTAKE MY KINDNESS FOR WEAKNESS! I forgive when someone sincerely apologizes. But when someone apologizes and five minutes later repeats their actions, is that a sincere apology? I’ve had enough of the constant jabs! Never back down to a MEAN GIRL! 1. She questioned my husband’s manhood without ever having met him. #PreCake #EpisodeOne 2. 36 hours after I welcomed her into our group of friends, she scheduled a memorial at my beach club for my friends without inviting Me! 3. She walked into my home & ridiculed a collage that my husband gifted me while her foyer is decorated with a dead bear carcass that her husband shot, killed & mounted to display 4. During a heated argument with friends that I actually care about, instead of defusing the situation, Margaret decided that is the perfect moment to antagonize me by ridiculing that I am sensitive and labeling me Soggy 5. She thought my medical condition was a proper subject to mock. Millions of women go throughmenopause naturally, try having your ovaries, fallopian tubes and uterus removed, and then have Margaret use it as a punch line. 6. She does not waste an opportunity to attack my business. Throughout the season she reveled in poking at my interpersonal skills and how it translates to my job. 25 years, I have an unblemished record, I never mentioned she is drowning in lawsuits #VineyardVines #Bankruptcy 7. She targeted my relationship with my son. Kids are off limits, so why mock my relationship with my son when she knows the pain of a strained relationship with her kids 8. HITLER? Really? She purposely inserted herself in a conversation to once again inflame a situation & hurt me. She didn’t look at Dolores, Teresa, Danielle or Melissa; she looked at ME, the only Jewish girl & referenced a mass murderer, knowing that my father Dr. Mordecai Paldiel is a Holocaust Survivor & Scholar. I wouldn’t be alive today if Hitler had his way & my father & his father didn’t have the help of a catholic priest in Evian, France to escape! Hitler rolled off her tongue so effortlessly. The Hitler reference was cold, calculated & meant to freeze me in my tracks! #RHONJ

Despite that, Flicker doesn’t seem to have any regrets about her choice to appear on the reality series, or about her decision to leave.

She told The Daily Dish, “After much reflection and [with] Bravo’s support, I have decided that this will be my last season on The Real Housewives of New Jersey. I am grateful to the network for allowing me to be part of this successful franchise and wish only the best for Teresa [Giudice], Melissa [Gorga], Dolores [Catania], Danielle [Staub], and Margaret [Josephs]. At this time, I want to focus on my beautiful family, my growing business, and some exciting new projects.”

In a separate interview with Us Weekly, she said, “Looking back at the show, I truly wanted to make a difference for Jersey and in Jersey and I realized that I had too many obstacles working against me and I couldn’t do it. I feel like I lost the battle but I won the war, because at the end of the day, everyone’s goal should be … to be happy. And there is nothing more that I love than myself, my husband, and my family too much for them to be unhappy and for me to be unhappy.”

The Real Housewives of New Jersey airs on Bravo Wednesdays at 9pm ET.

What do you think about Siggy Flicker’s decision to quit The Real Housewives of New Jersey? Let us know @BritandCo!