This New Makeup Tool Just Might Replace the Beautyblender 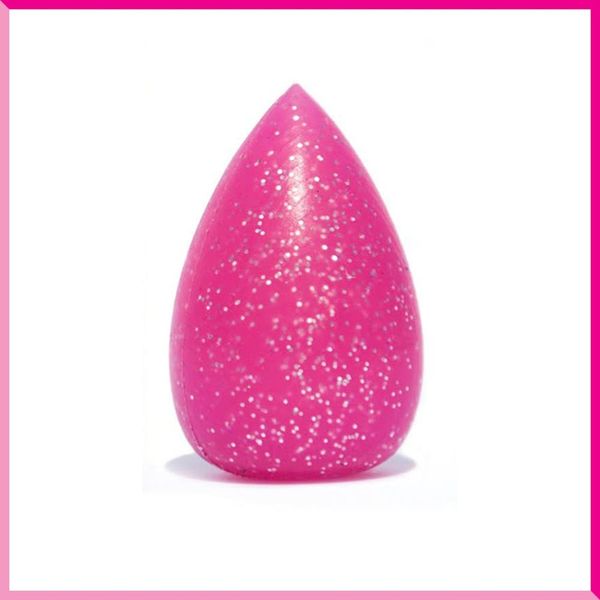 Sometimes a beauty tool pops up on the market and immediately receives cult status. Take the original beautyblender ($20) that launched in 2007 and became an instant classic. While the palm-sized pink sponge remains a staple in our beauty bags a decade later, a new take on the tool might have even the most loyal users making a switch.

Ladies and gents, meet the RUDELA + CO Silc/Blender Silicone-Based Makeup Sponge ($12). While it looks like a slightly sparkly, almost futuristic version of the OG beautyblender, there are actually several big differences. It’s a silicone-based applicator that isn’t actually a sponge at all (despite its name).

“The biggest benefit to using a silicone sponge is that you can use way less makeup since it doesn’t soak any of it up,” founder of Lazy Perfection BrushesJenny Patinkin says. The porous nature of a traditional makeup sponge will drink up a ton of liquid product, while the non-porous silicone of the Silc/Blender stops it from moving below the surface of the tool. That said, Patinkin notes that a silicone tool will typically result in a fuller coverage. “Even if you’re using a light-coverage formula — and less of it — silicone sponges can definitely give off a heavier application,” she explains. Just start using half the amount of product you normally would, and then build it up from there using a light, quick patting motion if you’re using silicone-based tools.

If you have sensitive skin, acne, or even rosacea, you could be doing your skin a serious favor by swapping out your sponge for this option that, according to RUDELA + CO, is “dermatologist-friendly” and hypoallergenic. Since you can actually keep a silicone blender sterile, you won’t run the risk of spreading bacteria. “If you’re prone to breakouts, you can use rubbing alcohol directly on a silicone sponge to ensure it’s disinfected,” Patinkin recommends. That also means that your tool can last longer because it won’t constantly be sitting damp, like a traditional sponge would be. An ultra clean tool that’s affordable and will last longer than a makeup sponge? We’re sold.