Siri for Mac Is the Lazy Girl’s Spotlight Search 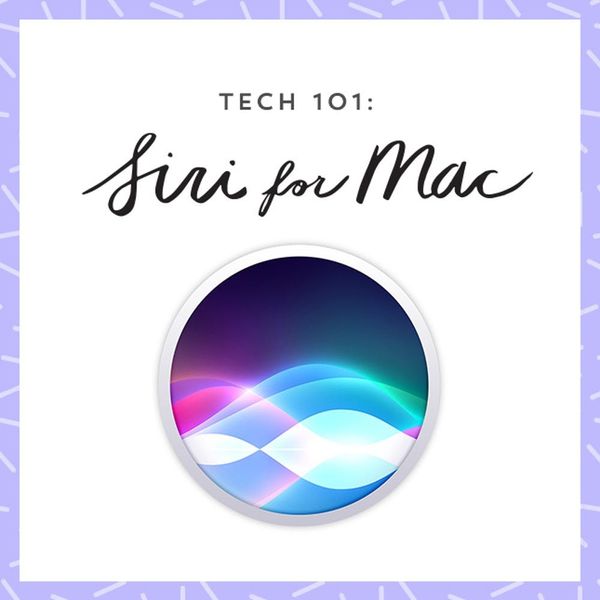 Apple has been innovating quite a bit lately. They unveiled a touch control bar with the new Macbook and there are rumors that new Mac desktops are on the way. Recently, they brought a feature to OSX that was adapted from the iPhone. We’re talking about Siri, of course.

Yep, it’s not news that our beloved digital assistant is not on your computer, but here’s all the deets on how to become a power user. Check it all out below.

First, you’ll need to tell Siri you’d like to use her services. Go to System Preferences > Siri.

Make sure you’ve checked “Enable Siri” on the left. Then you can choose your language preferences and give Siri an accent (you can change the voice to male if you like). Turn voice feedback on or off, set your mic input (which device you’ll be speaking into, whether it’s the built-in mic or a headset, etc.) and choose a keyboard shortcut. The default is to hold Command + Space — basically, act like you’re going to open Spotlight Search but hold the keys a little longer. Voilà! Siri is ready for you.

Cool things Siri Can Do

1. Toggle controls. You can take control of most of the functions on your Mac just by telling Siri to do it for you. For example, “Turn down brightness” will — you guessed it — turn down your screen’s brightness. You can also toggle Do Not Disturb, Bluetooth, etc. You can even tell Siri to mute your computer’s volume if you want, and she’ll quiet down immediately; she won’t even say that she did it, it’ll just be written in the little dialog box. Smartass.

2. Find files + pics easily. One of the best things to happen to file management on Macs is the ability to search for files and images using natural language. Now you can simply say, “Show me files I worked on [your day/week/month/year of choice].” Easy peasy!

3. Monitor + update your social media. If your social media accounts are connected (System Preferences > Internet Accounts), you can post to Facebook and Twitter like NBD. For Twitter, just say “tweet _______” and Siri will prepare it for you (she’ll confirm before sending, don’t worry!). You can even add hashtags by simply saying “hashtag ________” while you’re composing your tweet. To post to Facebook, just say “Post to Facebook ___________.” There you go! The easiest social media update you’ve ever done. You can also check out what’s trending, either in general or for specific hashtags, by asking things like “what’s trending on Twitter?” or “what are people saying about #wednesdaywisdom?” Just want to see one person’s new tweets? You can do that too. “Show me new tweets from POTUS.” Good for a quick check when you can’t afford to get lost down the Twitter rabbit hole!

4. Have good old fashioned fun. Of course, Siri still comes with all the little nuggets that make her such a bundle of joy. She can get pretty snarky though, so make sure you can take it! (We do too have friends.)

Siri for Mac has other capabilities too, like searching the web for pictures and seeing new emails from specific contacts. We’re sure there are other creative things to ask her too!

How do you use Siri? Tell us @BritandCo!

Shea Lignitz
Shea can be found in the nearest bookstore or brewery, exploring the great outdoors, or blasting Led Zeppelin. She grew up in the cold and rain of Northern California's redwoods but is currently wandering around Texas.
Apple
Tech
Apple hacks Tech News
More From Tech