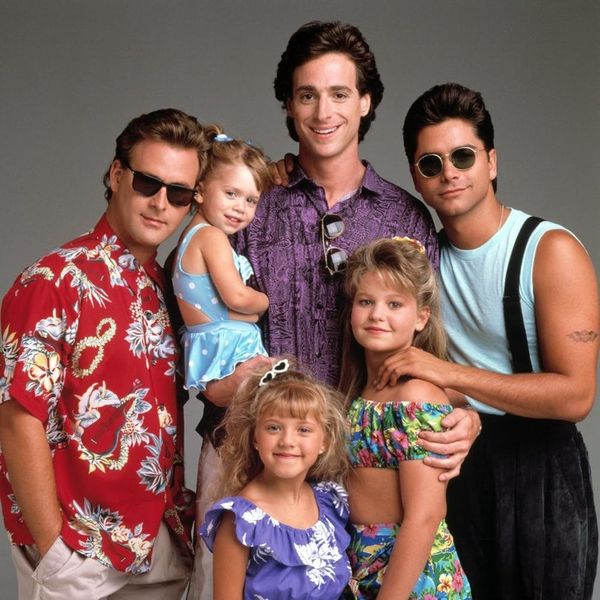 While Fuller House gave us all of the heart-squeezing nostalgia attacks and we’re eagerly awaiting the second season, we can’t help but be totally thrilled to have the opportunity to visit the old gang as it was back in the day. That’s right — the folks behind the scenes have announced that you can now nab yourself the entire Full House series… and just in time for the holidays!

With the original series running for eight super successful seasons from 1987 to 1995, we not only got to see San Francisco’s DJ, Stephanie and Michelle Tanner grow up along with us, we also witnessed the antics of single dad Danny along with quirky Uncle Joey and hottie Uncle Jesse. Have mercy!

With just a few days left until Fuller House hits Netflix on December 9, Warner Bros. is giving us the chance to grab the FULL original series on Digital HD from iTunes, Amazon Video, Cinema Now, Google Play and Microsoft or on Blu-Ray and DVD from Amazon, Best Buy, Target and Walmart.

The perfect show to binge watch with your besties over the holidays, you may want to grab yourself a copy of this memory-filled, feel-good family series ASAP.

Who would you love to re-watch Full House with? Tweet us @BritandCo!